Ajamila – A Character in Bhagavata Purana 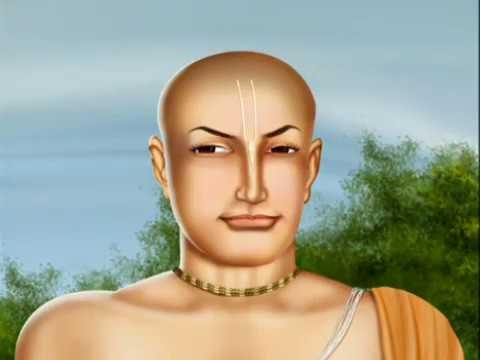 Ajamila is a character mentioned in the Bhagavata Purana.  Ajamila was a Brahmin scholar and was well versed in Hindu Scriptures. He was blessed with a noble wife and children.

Due to his past birth karma, once he saw a woman belonged to lower caste and got attracted with her. He brought her to his home and given more importance to her than to his wife and children. After some time, he left his family, and lived in a separate house along with her. In course of time, through their union they had children.

Due to his love and attraction on her, he forgets his daily Vedic rituals and puja and done service only to her. After spending several years with her, one day, he felt that he is going to die, and due to the fear in his mind, he called his son by uttering his name, whose name is Narayana. Since knowingly or unknowingly, he has committed a good karma, the divine attendants of Lord Vishnu, took him to the abode of Lord Vishnu, The Vaikunda.

From this story, it can be known, that god is showing great kindness on us, and whoever calls his name throughout their life and mainly during the time of their death bed, he would relieve us from our sins and gives us SALVATION.

Let us worship the great man Sri Ajamila and be blessed.