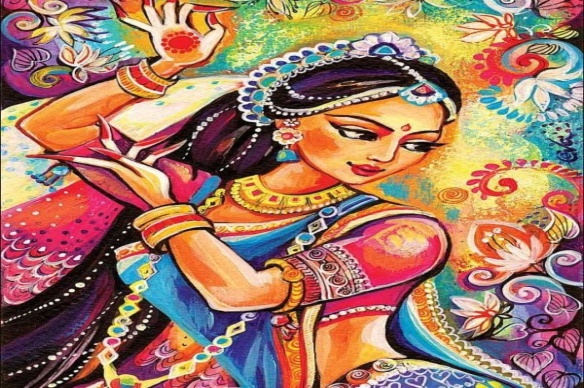 INTRODUCTION
Apsaras are considered as celestial dancers who reside in the Indra Loka. They are specialized in diversified fields of arts like sculpting, dancing, and painting and are treated as the most respectable women in the Swarka Loka.
The most famous among the Apsaras are Urvasi, Menaka, Rambha and Tilottama. Apsaras are very beautiful and excellent in dancing, and they are controlled by Lord Indra Bhagawan. Some Apsaras are married to Gandharvas, who are good at music and singing songs. Generally Apsaras would dance in the Indra Lok, in order to please their master Lord Indra.
They would sometimes be sent by Lord Indra to the earth in order to attract great sages and the kings in order to disturb their meditation, and in order to safeguard Lord Indra’s position in the heaven. Apsaras contain super natural powers, and they could go anywhere and at any time. They are considered as very pure and holy, and they intentionally would never give problems to others, but since they have to follow the orders of Lord Indra, sometimes they have to change their nature.
They are mentioned in Bhagavata Purana, Vedas, Mahabharata, and in other ancient puranas, and their features were mentioned in that. In general, according to humans, they are considered as worshipful deities, and we have to worship them along with Lord Indra, in order to get all kinds of prosperities in our life.
Let us worship Apsaras and be blessed.
“OM MATA APSARA DEVATA NAMAHA”
“OM SRI INDRA BHAGAWANE NAMAHA”
“OM NAMO NARAYANAYA NAMAHA”
WRITTEN BY
R.HARISHANKAR