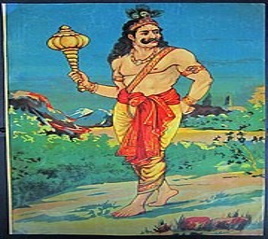 Bahlika also called as Vahlika, was the famous king of Bahlika kingdom who lived during the previous Dwapara Yuga, that is, approximately 5,300 years back. He was the elder brother of Shantanu, who was the great king of the kingdom of Hastinapur. He was the oldest warrior who fought in the Mahabharata war. His son END_OF_DOCUMENT_TOKEN_TO_BE_REPLACED