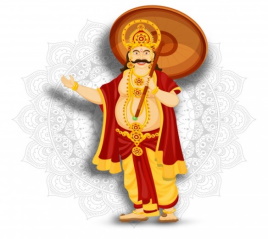 Mahabali is also known as Bali is the son of Virochana and he was a noble Daitya King. He is the grandson of Bhakta Prahlada. The festival of Onam is celebrated in Kerala towards honouring him and welcoming him to the homes of the kerala people. Mahabali was the son of Devamba and Virochana. He grew up under the guidance END_OF_DOCUMENT_TOKEN_TO_BE_REPLACED