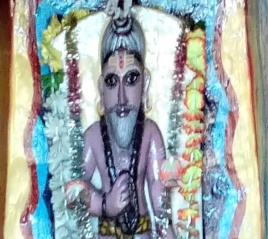 Kapila is a vedic rishi who was mentioned in Rig Veda and Yajur Veda. He is also considered to be an incarnation of Lord Vishnu. Kapila was the son of the great rishi Kardama and his wife Devahuti. His importance is also mentioned in Buddhism and Jainism texts. Kapila was END_OF_DOCUMENT_TOKEN_TO_BE_REPLACED