Hundred kilometers south of Kolkata lies the Sagar Island in the Ganga delta on the continental shelf of the Bay of Bengal.  The largest village on the island is the Gangasagar or Sagardweep. It is here that the river enters the bay and at this confluence there is a temple dedicated to Kapil Muni, revered as an avatar of Vishnu. Pilgrims throng the Ganga Sagar each year during Makar Sankaranti and this annual pilgrimage is regarded as the second largest congregation in the world after the Kumbh Mela.

The present temple of Kapil Muni was consecrated in 1973. Previous temples on the site were ravaged by the sea and storms. Sage Kapila was instrumental in directing Bhagirath to bring Ganges from the heavens to redeem the souls of King Sagar’s sons. King Bhagirath, who came in the lineage of Sagara, wanted to liberate the souls of his ancestors and thus the legend of Kapila is directly related to the descent of Ganges on earth. After having a dip at the Ganga Sagar, devotees visit the temple of Kapil Muni. 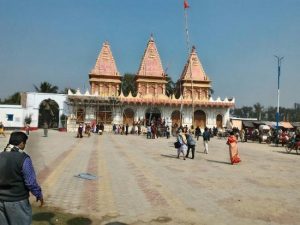 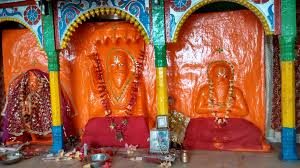