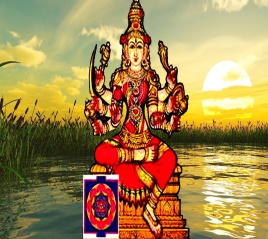 Shivadooti is a divine avatar of Mother Parvati. Once, the divine devas and the living beings in the earth were suffered from the clutches of the powerful demons Shumba and Nishumba. All of them went to the Himalayan mountain ranges and worshipped Mata Paravati. Due to their sincere devotion Mata Parvati took the form of Goddess Shivadooti and fought with Shumbha and Nishumbha and destroyed them through her great powers. Goddess Shivadooti fought against Adharma and maintained peace and prosperity in the universe.

According to ancient Puranas, Shivadooti contains red coloured body with a beautiful appearance and a smiling face which glitters like millions of stars in the sky.

By worshipping the holy mother Shivadooti, we would get the following benefits in our life:

By worshipping Ma Shivadooti, we would get the above mentioned benefits. In general term, she would give all kinds of prosperity in our life. Though there are no notable temples dedicated to her, worshipping her in the temples of Mata Parvati and Mata Durga is sufficient. We can place a picture of Mata Shivadooti and recite the mantra: “OM SREE SHIVADOOTI DEVIYE NAMAHA”. We can worship her by offering fruits, flowers and pulses as naivedyam (HOLY PRASAD) and can distribute it among the devotees.

Let us chant the glory of the goddess and be blessed.