In: Gurus, Shiva
With: 0 Comments 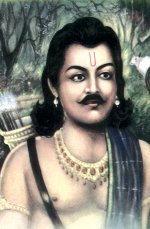 INTRODUCTION
Prince Asamanja was the son of King Sagara and Queen Sumati. As per ancient texts, it is believed that he was cruelly acted with the young boys in his region, and used to throw them in the Divine River Sarayu  and made them to get drowned in the river. Due to his activities, his father Sagara had exiled him from his palace, and Sagara’s another son Amshuman had become the king of Ayodhya. Amshuman was a great person and a noble scholar, who was liked by the people of Ayodhya for his kindness and gentleness over them, and he ruled the kingdom of Ayodhya in a well versed manner.
Asamanja was actually a good person, and in order to distance himself from the royal family and to become a saint, he had done like that. Then Asamanja revealed his spiritual powers and brought back the life of the drowned boys, and due to that, the people of Ayodhya, and his parents were very happy, and compelled him to stay with them. But Asamanja had hesitated to stay with them, and left Ayodhya, and went to the forest, and built up an ashram, and become a great sage and performed severe meditation on Lord Shiva, and attained SALVATION after his death.
Let us worship the great person and be blessed.
“OM SRI ASAMANJARE NAMAHA”
“OM SRI AMUSHUMANE NAMAHA”
“JAI SRIRAM”
WRITTEN BY
R.HARISHANKAR