In: Shiva
With: 0 Comments

Here I have mentioned eight main avatars of Lord Shiva, which he took in various circumstances. It is a must to read  the importance of these avatars, since it will purify our mind and also our health will turn good and several positive vibrations will occur by reading the avatars of Lord Shiva. 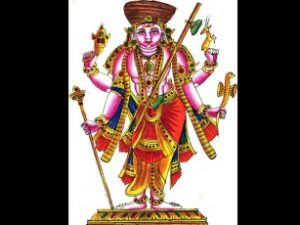 This avatar of Lord Shiva symbolizes and highlights the importance of yagna and other religious practices. This avatar of Lord Shiva told the importance of yagna and asked the people to follow it to lead a happy and healthy living. He has asked to do yagna to get rain and for the wellness of the country. He insisted that by doing yagna, crops will grow properly and will yield good results.

King Nabhag was born in the nineth geneology of Shradhadeva who himself was a descendant of Ikshavaku. Nabhag was the grandfather of Ambareesh. During his childhood Nabhag left his home for ‘gurukula to get education. In his absence his brothers got the wealth of the kingdom distributed among themselves.

When Nabhag returned home after the completion of his education, he demanded his share of wealth from his brothers. His brothers told him that they had forgotten to fix his share as he was absent at the time when wealth was being distributed. They advised him to go and meet their father.

Nabhag went to his father and made the same request. His father advised him to go to sage Angiras who was trying to accomplish a yagya, but was not being able to accomplish it because of his attachment.

“Go and try to eliminate his attachment by your discourses. This way sage Angiras on being pleased with you would give all the wealth which remains after the completion of the yagya.” said his father.

Nabhag did the same. He went to the place where sage Angiras was performing his yagya. He preached sage Angiras on the virtues of Religiousness. As a result he became free from all sorts of attachments and the yagya was successfully accomplished.

Sage Angiras was very pleased by Nabhag’s knowledge of religion. He gave all the remaining wealth of the yagya to Nabhag. Just then lord Shiva arrived there in his incarnation of Krishna darshan and tried to prevent sage Angiras from donating the wealth to Nabhag, instead he staked his own claim.

Nabhag told lord Shiva that, since the wealth was given to him by sage Angiras himself, it naturally belonged to him. Lord Shiva then sent Nabhag to his father Shradhadev to know about his opinion. Nabhag went to Shradha deva who revealed to him that the person who was staking his claims on the wealth was none other then lord Shiva. He also told him that whatever remained after the accomplishment of the yagya belongs to lord Shiva only.

Nabhag was now satisfied. He went back to lord Shiva and narrated everything what his father had said. He then eulogized and worshipped lord Shiva. Lord Shiva blessed him which helped Nabhag to attain salvation. 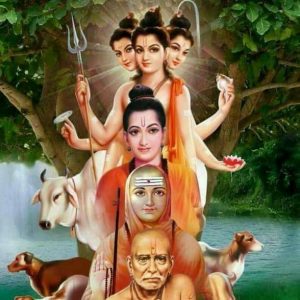 In this incarnation Lord Shiva destroyed the ego of Lord Indira and asked him to live a life without ego.

Lord Shiva took as an Avadooth only for the sake of changing the behaviour of Lord Indra into a good one. 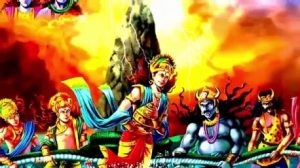 Although in the Hindu Trinity, Lord Shiva is regarded as the destroyer, but he is also said to be the protector of life. This incarnation is a depiction of Lord Shiva as the protector of the universe. Here it is said, he is the one who is protecting the humans and giving them all necessities in their life. 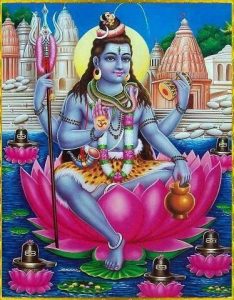 This avatar of Lord Shiva depicts love towards the devotees of Lord Indra. This form of Lord Shiva represents the love and care of him towards his devotees. 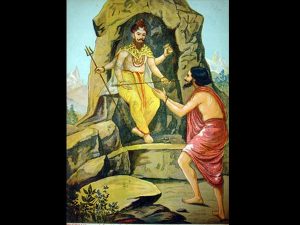 In this avatar, Lord Shiva descended in the form of a hunter or Keerat while Arjuna was meditating. Duryodhan had sent a demon named Mooka to kill Arjuna. Mooka had disguised himself as a boar. Arjuna was engrossed in his meditation, when suddenly his concentration got disturbed by a loud noise. He opened his eyes and saw Mooka He and the Keerat struck the boar at the same time with arrows. A fight broke between the Keerat and Arjuna as to who struck the boar first. Arjuna challenged Lord Shiva in the form of a hunter.

He tested his valour and removed his ego, and then he gifted pasupastra, which he used it in Gurukshetra war and won in the war. 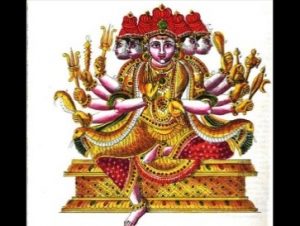 Lord Shiva appeared in this avatar to marry Goddess Parvati by seeking permission from her father  Himalaya – The mountain king. 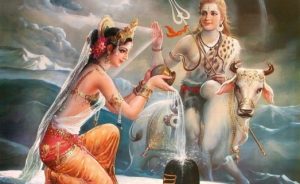 After Goddess Parvati sacrificed herself during her father’s yagna, she took rebirth in Himalayas’ house. She worshipped Lord Shiva for years so that he could be her husband again. Lord Shiva appeared in this incarnation to take Goddess test Parvati. 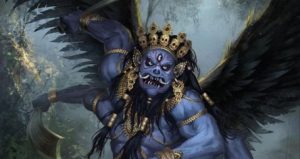 To remove ego and self-pride from the minds of many gods, Lord Shiva took this form. This avatar shows that whoever may be, they should not act in a wrongful manner and should show kindness among others.

During the time when ocean was being churned first of all poison appeared from it. The deities were very terrified to see the tremendous heat it generated. They went to lord Shiva and requested to protect them from the heat of that poison. Lord Shiva drank all the poison but did not let it pass down his throat.

After the poison, Nectar appeared from the ocean, which was drunk by the deities. The demons too wanted to drink the nectar, so a tremendous battle ensued between them and the deities. The deities became victorious in this battle because they had become immortal due to the effect of the Nectar. This victory made the deities very arrogant.

Lord Shiva was very concerned about their arrogant nature. He went to them in the guise of a Yaksha. He asked as to what was it that had made them so arrogant. The deities replied that their arrogance stemmed from victory over the demons. Lord Shiva who was disguised as Yaksha replied- “Your pride is based on false notion, because you did not achieve victory due to somebody’s grace and blessing.”

The deities disagreed with him. Lord Shiva then asked them to cut the grass if they considered themselves so mighty. He then kept a grass leaf in front of them. Each of the deities tried to cut that grass with their respective weapons but remained unsuccessful in their attempts. They were all amazed. Suddenly a heavenly voice was heard which said that the Yaksha was none other than Lord Shiva himself. The deities realized their mistakes. They apologized to lord Shiva. After vanquishing the false pride of the deities lord Shiva disappeared.

By reading the above avatars, we will be knowing the greatness and kindness of Lord Shiva who took these avatars for the sake of human beings. Let us pray to him and seek his blessings to lead a good life.