In: Shiva
With: 0 Comments

Here I have mentioned three avatars of Lord Shiva, which he took in various circumstances. It is a must to read  the importance of these avatars, since it will purify our mind and also our health will turn good and several positive vibrations will occur by reading the avatars of Lord Shiva. 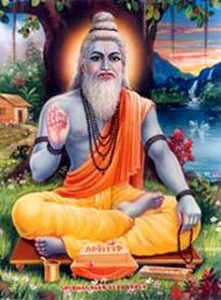 This form of Lord Shiva is famous for its short temper and anger. One such Maharishi was the Durvasa Rishi, who was known for his anger. The incarnation came into existence to maintain peace and harmony on earth. Rishi Durvasa was said to be the incarnation of Shiva, but where Bhole Shankar is considered to be very easy to please, it was probably the most difficult task to please Rishi Durvas.  There was one thing in Shiva and Durvas that it was almost impossible for both of them to escape from the flames of anger.Many stories related to the anger of Rishi Durvas are present in our mythological history, when one’s acts or misadventures made him angry so much that he had to lose his temper.

Once, King Ambreesh decided to keep Ekadashi fast. This fast is so powerful that Devendra is shaken by its power. For not being able to finish his fast, Ambareesh asked Durvasa Rishi to go to him. As soon as the time of fast opening came closer, Durvasa Rishi also reached the palace of Ambareesh. He told Ambareesh that he would come back soon after bathing. Ambarish waited too long for Rishi Durvas, but after a long period, when Durvasa Rishi did not come back from the bath, then Ambarish took care of the gods and offered them a sacrifice and took away some of them for Durvas.. After the time of opening the fast, Durvas returned He became very angry to see that in his absence, the king opened his fast.Having come in the passion of anger, he composed a demonstration of the demon, and directed him to attack Ambrish. To save his life, Ambareesh ordered the striking Sudarshan Chakra. Due to Sudarshan Chakra, the action demonstration was killed at the same time. After the execution of the act, Sudarshan Chakra began pursuing the goddess Rishi. To save his life, Rishi Durvas started running around, but wherever he went Sudarshan Chakra came behind him. He came to Indra to save his life. Indra, showing his inability, sent him to Brahma. Brahma asked him Shiva and Shiva to go to Vishnu. Eventually, he reached Vishnu. Vishnu told him that the control of Sudarshan Chakra is near Ambareesh, so he must go to Ambrish. After defeating, Durvas approached Ambrish and asked to stop Sudarshan Chakra. The king accepted the prayer of the sage and finally saved the life of the king of Durvas by stopping the Sudarshan Chakra. It is as easy as annoying Rishi Durvas to make them happy or maybe even more difficult.

Once Atri, the manasputra of Lord Brahma went for penance to the banks of river Nivindhya. He commenced his penance and it resulted into a massive fire that spread to all the three worlds. Seeing this devastation, Lord Brahma, Vishnu and Shiva blessed Atri. Later Lord Brahma, Vishnu and Shiva were reincarnated as the moon, Dutt and Durvasa. Apart from his anger, he is a very gentle and noble soul who bless his devotees and satisfy all the desires of his devotees. He will follow his rituals in a proper manner and will do constant meditation. 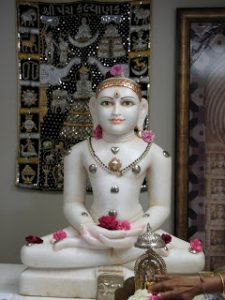 Rishabh is a naked ascetic. This fact is conformed by all Jain literature and Hindu Puranas. This naked tradition of ascetics in Jainism is known as Digambar Tradition. On the other hand Lord Shiva is also Digambar. Digambar is not only one of his designation names, but he was actually a naked God. That is why the seals of naked yogis found in excavation of Indus valley civilization are claimed by Shaivites and Jains, being of Shiv or Rishabh.

Once the ocean was churned and a large vessel containing nectar was emerged out of the ocean. A huge battle was fought between the demons and the divine deities over this vessel of nectar. To distract the attention of demons, Lord Vishnu created numerous beauties. While the demons took these beauties to the ‘Patal Lok’ with them, the deities drank all the nectar. This angered the demons and they tried to kill the divine deities. To save their lives, Lord Vishnu went to Patal Lok and killed them all. Although he killed the demons but he was left mesmerized by the beauties there. The union of Lord Vishnu with the beauties resulted in many children. To save these children, Lord Shiva went to Patal Lok in the form of an Ox – Rishabh. 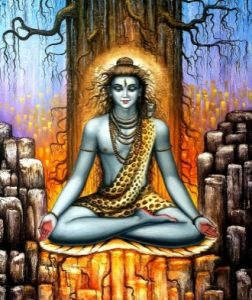 This form of Lord Shiva is a personification of pleasant behaviour towards guests.

Yati’ means a sannyasi (ascetic) and ‘Nath’ means master. So this form of Shiva could largely relate to the master of ascetics.

Also the use of word ‘Nath’ is made in the context of ascetics of the ‘Nath’ sect historically popular for hatha yoga and miracles. Among these the Shiva is considered as Adinath or the initiator of the tradition. Thereafter Gorakshnath, who is also called as ‘Yati’ is also considered to be an incarnation of Shiva himself. So perhaps ‘Yatinath’ refers to him.

Gorakshnath has been mentioned in various traditional stories as an ascetic who could see the past, present and future and travel anywhere in no time.

So in short Yatinath might refer to a Nath sect ascetic Gorakshnath.

There is a story about Yatinaath which goes like this:

“There was once a tribal named Aahuk. He and his wife were ardent devotees of Lord Shiva. One day Lord Shiva visited them in the form of Yatinath. Since they had a very small hut which could accommodate only two people, Aahuk decided to sleep outside and let the guest sleep in. Unfortunately Aahuk was killed by a wild animal at night. In the morning, finding Aahuk dead, his wife decided to kill herself. Then Lord Shiva appeared in His real form and blessed her with a boon that she and her husband will be reborn as Nala and Damayanti and Lord Shiva will unite them.”

By reading the above avatars, we will be knowing the greatness and kindness of Lord Shiva who took these avatars for the sake of human beings. Let us pray to him and seek his blessings to lead a good life.