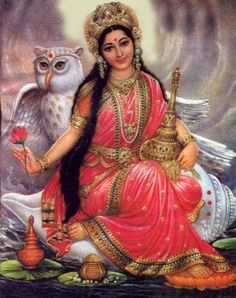 INTRODUCTION
Prithvi is the Sanskrit name for the earth goddess and she is called a Bhudevi as well as bhoomadevi in Hinduism and was the consort of Lord Vishnu.
She is also referred in Buddhist texts, and mentioned in Rig veda and in several ancient divine texts. She is the earth goddess and protects us through her supreme power. Once during the Satya Yuga, she was thrown into the sea by the demon king Hiranyaksha, and she was lifted by Lord Vishnu by taking “VARAHA AVATAR”. She was praised by several rishis and gods, for her patience and ability to withstand the problems which frequently occur in the earth.
She took the avatar of Mata Sita in Treta Yuga and served Lord Rama, and she took the avatar of Mata Sathyabama and served Lord Krishna in a proper manner. And in this kaliyuga, she took the avatar of “ANDAL” and served Lord Vishnu and merged with him. She was appreciated for her kindness and gentleness showered on the people in the earth. She is also worshipped as an incarnation of Lakshmi. In her name several temples were constructed, and worshipped by the people. Out of that Sri Bhoovarahanatha swamy temple is a famous temple situated in Karnataka.
It is believed, that in the present kaliyuga, due to lack of dharma and the evil acts of the people, she is unable to tolerate the bad acts of the people, and worries about the condition of the people, and tries to correct them through her grace. In most of the Vishnu temples, Bhudevi will appear along with Lord Vishnu and Sridevi. She is considered as the second consort of Lord Vishnu, and worships him always by chanting his various names.
Srivilliputtur Andal Temple is a famous temple and lot of devotees are visiting this temple and performing various pujas and homams.
In Varaha temple, she is seated in the lap of varahaswamy, an incarnation of Lord Vishnu and both of them blesses us. We have to learn in maintaining patience similar to that of Mata Bhudevi who is tolerating the negative acts of the people in the earth and still blessing us and protecting and safeguarding us from all sorts of difficult situations.
IMPORTANCE
Bhudevi relieves us from our sins, if we sincerely worship her with utmost faith in our mind. She removes the evil effects of the planets and also removes various doshams of the people. She also cures us from prolonged illness and gives a good health and peacefulness in our life. She gives all sorts of benefits in our life and gives better status in our life. She also helps us to attain SALVATION, if we continuously worship her.
She will give us patience, knowledge, wisdom, wealth, courage and boldness in our life.