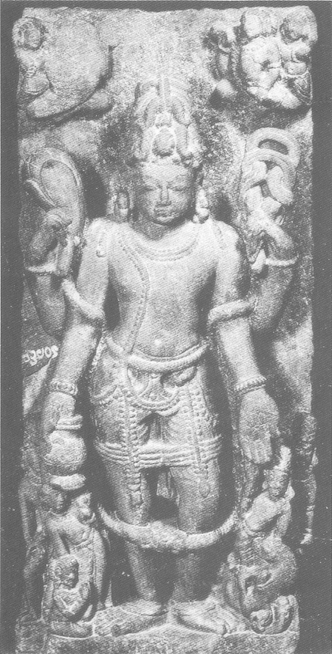 INTRODUCTION
Amshuma Deva is one of the twelve Adityas. He was the son of Mata Aditi and Rishi Kashyapa. He is considered to be an incarnation of Lord Surya.
Amshuma does his duties along with the Wind god, Lord Vayu Bhagavan in a proper manner. Amshuman has got a golden chariot driven by seven horses, and they have formed while churning of the divine ocean.
Amshuma contains divine powers, and his greatness and importance was mentioned in ancient Puranas, Vedas and other holy texts. His sculpture is found in some ancient Hindu temples. He has to be worshipped for getting good health and good mental strength. He can be worshipped along with Lord Vayu Bhagawan and Lord Surya Bhagawan. Amshuma Deva was controlled by Lord Indra, and discharges his duties given to him in an efficient manner. He is a great demi god, who would listen to our prayers, and fulfils our wishes based on our pure bhakti on him.
Let us worship Lord Amshuma Deva and be blessed.
“OM SRI AMSHUMA DEVARE NAMAHA”
“OM SRI VAYU BHAGAWANE NAMAHA”
“OM SRI INDRA BHAGAWANE NAMAHA”
WRITTEN BY
R.HARISHANKAR