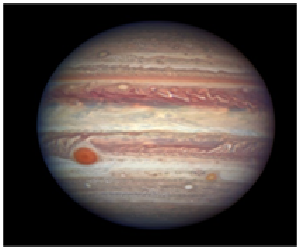 Brihaspati is one among the Navagrahas, and he is also a Guru for the Devas. He is also known as Planet Jupiter. He guided Lord Indra and other demi gods, and taught Vedic subjects to them. His father was Rishi Angarisa, and his consort is Ma Tara, and his children are Kacha and Bharadwaja Maharishi. He is mentioned in the Rigveda and several hymns are dedicated to him, he is considered as the Guru who removes the darkness in our mind, and would make us bright and pious, and with regard to his Vedic knowledge, he is considered similar to Lord Brahma.

His abode is the Brihaspati Loka, which appears similar to the Indra Loka. He has built various palaces in his loka with the help of the divine architect Lord Viswakarma. His Loka appears very beautiful and attractive, and it is covered with full of gold and precious stones, and he lives in his Loka along with his relatives, few sages, Demigods and with his attendants. Lord Indra frequently visits his Guru in the Brihaspati Loka, and would get his blessings.

The greatness of Brihaspati can be found in the texts written by Aryabhata, and Varahamihira, and according to these texts, Brihaspati is believed to be a largest planet when compared with other planets.

Jupiter is one of brightest planets, and sometimes we can see it in our naked eyes. But among all the planets and the demi gods like Indra, Vayu and Varuna, Dhruva is considered as the powerful deity in the sky world, and he cannot be defeated by anyone in the universe.

As per the opinion of various scientific researchers, Jupiter surface is covered with full of sand and other unknown particles, and it is not suitable for the humans to live in this planet. Jupiter is a giant planet, and though it contains very good features, the great Lord Brihaspati is a humble and a selfless demi god, who wilfully shares his knowledge with others, and most of the people, would consider him similar to Lord Dakshinamurthy. And still during Guru Peyarchi days, people would perform puja to Lord Dakshinamurthy, instead of performing puja to Guru Brihaspati.