In: Gods, Parvati Ma
With: 0 Comments 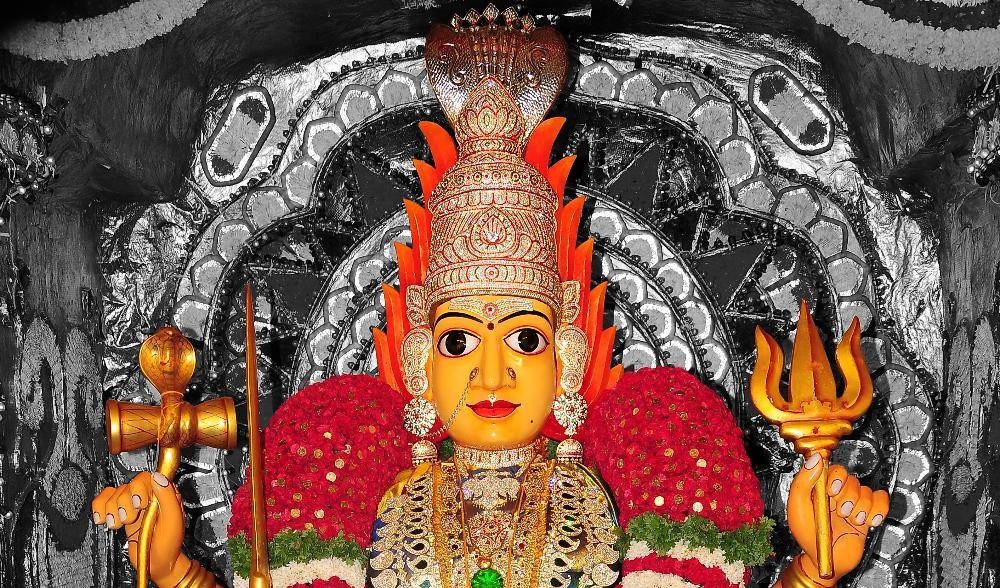 Gangamma Devi Temple is situated at Boyakonda, Andhra Pradesh 517257. This is a holy temple dedicated to Mata Gangamma Devi, who is considered as an incarnation of Mata Parvati Devi.

Hundreds of years ago, the tribal community people known as Boyas were lived in the forest located near the hills. They were against the rule of the Sultan kings and started fighting with them. But they couldn’t withstand the army of the Sultan and escaped into the forest and prayed to the holy mother to save them. Due to the divine grace of Gangamma, the nawab’s army were fled away from that place. In order to celebrate the victory, the Boyas constructed the Gangamma temple, and worshipping her since several centuries.

The temple is an ancient temple situated on the top of a mountain. This goddess is known for destroying the enemies for those who sincerely worship her.

Devotees used to come again to this temple, once their wishes were fulfilled and perform various pujas along with animal sacrifices, though she doesn’t prefer it.

There is a well in the temple, which is believed to cure skin diseases and leprosy. Apart from that by using the water in the wall, our all sorts of diseases will be cured, through the grace of the holy divine mother.

During the annual Navratri festival, lakhs of people would come from various parts of india and worship “MATA GANGAMMA DEVI” in this temple.

Gangamma also called as Gangaiamman is a divine mother, who will used to answer our urgent calls, and appear before us immediately.  She expects only the pure bhakti from us and nothing more else. Even there is no need to tell our problems to her, since she is having the power to study our mind, and finds out the problems, and gives proper solutions for that. Even if we contribute a little amount for performing a puja for her, that will be sufficient for her, and gives all the prosperities in our life. By doing charity to the poor, she will be very much pleased with us and offer various boons to us.