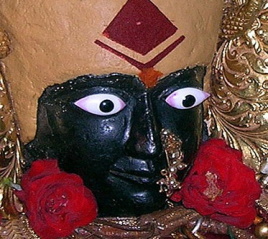 Once when Ma Shakti Devi had performed penance on Lord Shiva, in the Himalayas, Ma Gundodari was also present with her, and guards her wonderfully. Due to her staunch devotion and affection on her master, Ma Shakti Devi, she was also granted some excellent boons by the holy mother. As a result of the boons, she has got the powers enough to even lift the big mountains with her bare hands. Ma Gundodari has also got the capacity to fight with anyone, and during the Daksha Yagna, when Ma Sati Devi, a form of Ma Shakti Devi, fell down in the holy fire, she tried her level best to safeguard her, but she couldn’t do that.

We can worship Ma Gundodari in order to get good courage, wisdom, knowledge and bravery. We can also frequently chant the Mantra, “OM MA GUNDODARIYE NAMAHA”, in order to shine well in our life.