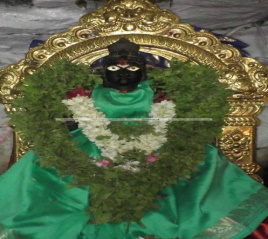 Bettathamma, is considered as a mother goddess by her devotees, and her famous temple is situated in Coimbatore district, Tamil Nadu.  Bettathamma, also called as Bettathamman is worshipped by a certain community of people, who are known as Badagas, and they are the lovely children of Ma Bettathamman, who lives nearby the Nilgiri Hills.  The hill goddess, Bettathamma is worshipped as the family goddess by the Badaga community people, and they worship her for a few centuries on a regular basis. Ma Bettathamma is also believed to be the consort of Lord Renganathar, a form of Lord Vishnu.

As per another legend, before few hundred years ago, Bettathamma lived in the present day Nilgiris, and she looked very beautiful.  In course of time, she got married with Rengappan, who also belonged to the Badaga community, and it is believed that in course of time, Rengappan developed an affair with another pretty girl, and after knowing about this incident, Bettathamma went inside a cave and disappeared, and she became a goddess in the present day Kattaanji Hills, Coimbatore.

Annual festival is also celebrated to Ma Bettathamma during the day, where she was disappeared in the Kattaanji Hills cave.

Bettathamma is considered to be an aspect of Ma Shakti Devi by some of her devotees, whereas some of them believe that she is an incarnation of Ma Lakshmi Devi. Bettathamma has got lot of devotees throughout Tamil Nadu, and still now Badaga community of people, worship her like their own mother.

We can also worship Ma Bettathamma, who has become a goddess for the sake of mankind, and who is still popularly worshipped by thousands of Badaga community people, and also, she is worshipped by lakhs and lakhs of her devotees, irrespective of their caste, creed, community and religion. She cures several dreaded diseases of her devotees, and at this present situation, people from all over the world are suggested to worship Ma Bettathamma in order to get protection from our holy mother, from the dreaded “CORONA VIRUS”.

There are thousands of deities in our Hinduism, and all of them contain great powers, and amongst the Hindu deities, Ma Bettathamma is considered to be a goddess of motherly nature, since still she acts as the mother for the orphaned, depressed, supressed and the lonely people.