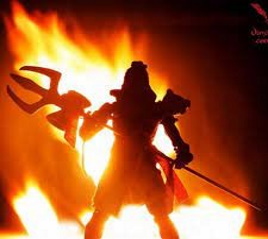 During the time of destruction, Lord Shiva would open his third eye, and from the third eye spark, the entire world would be burnt into ashes, and thereafter a new Yuga would get started. But at present there is no need to worry about that, since, there are 426000 plus some odd years are there for the completion of the present Kali Yuga. It is also believed that at the time of destruction, Lord Shiva would not disturb the noble ones, and he would send those good people to the respective divine worlds. Lord Shiva is also called as “KRODHA MOORTHY”, he would maintain anger during the time of deluge, “SHIVASHANKARI MOORTHY”, since, he would destroy the world, by taking the help of his beloved consort Ma Shankari, another name of Ma Shakti Devi, Lord Shiva is also known as “JAGATHGURU”, who is our Lord Dakshinamoorthy, a form of Lord Shiva, “YAGNA MOORTHY”, Shiva dwells in all the Yagnas, and he would give the benefits to the performers of  the Yagnas, also known as fire sacrifices.

Though Lord Shiva is believed to be a god of anger, but, he appears very soft and gentle to his devotees. Even some of the great Nayanmar saints had described him as “MAD MAN”, out of their staunch devotion on him. We can keep on telling about the importance of Lord Shiva in detail, since he contains such excellent features. In Shiva Purana, the entire details about Lord Shiva were given. Lord Shiva can also be called as “LOKA ANUGRAHA MOORTHY”, since he shows mercy on the entire living beings in the universe.