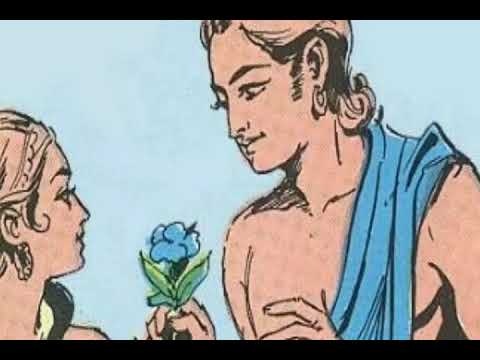 INTRODUCTION
Jayanta is the son of Lord Indra and Mata Indrani. He is considered as the prince of the Swarka Loka. His sister is Jayanti, and he is mentioned in various Hindu divine texts. He also fought with various demons to support his father Indra. He is a pious and a kind Demi god, but since he had enjoyed lot of pleasures in the swarka loka, once, it is believed that during Rama’s exile, he took the form of a crow and disturbed Mata Sita. After that he got punished by Lord Rama and lost sight in one of his eyes and after performing puja to Lord Shiva he had regained his eye sight. From that day onwards, he had changed his mind, and concentrated his attention on worshipping the trimurities and tridevis and gave much respect to rishis, rishi pathnies and to all the females, and didn’t cause any harm to others.
Jayanta was considered as a love god, similar to Kama Deva, and he can be worshipped along with Kama Deva especially by the newly wedded people, and can chant his holy mantra: OM SRI INDRA PUTRA JAYANTANE NAMAHA”, for getting all sorts of prosperities in their life, and he would help to maintain proper understanding between the couples, and would prevent from frequent fights and divorces etc. By worshipping Sri Jayanta, we would get the blessings of Lord Indra and Mata Indrani also.
Let us worship the great demi god Sri Jayanta and be blessed.
“OM SRI JAYANTANE NAMAHA”
“OM SRI INDRA BHAGAWANE NAMAHA”
“OM SRI INDRANI THAYE NAMAHA”
WRITTEN BY
R.HARISHANKAR