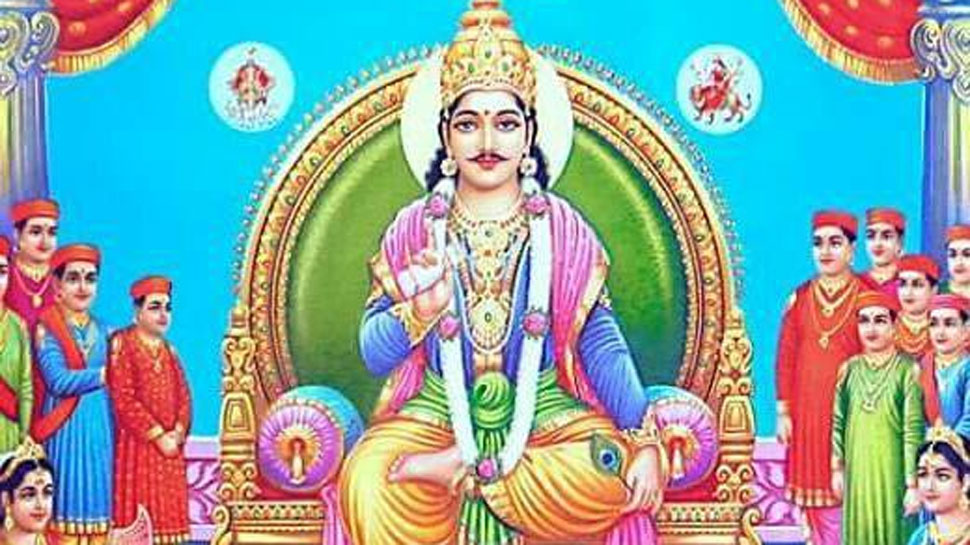 INTRODUCTION
Lord Chitragupta is a divine accountant who maintains complete records of activities of human beings in the earth and punishes or rewards them according to their Karmas. He is assisting Lord Yama Dharmaraja, and does his duties in a righteousness manner. Chitragupta is the son of Lord Brahma and he is worshipped in India and in Nepal. It is also believed that he was created from the picture drawn by Mata Parvati, and gave life to the picture, and since he was created from the picture, he came to be known as Lord Chitra Gupta.
Chitra Gupta is carefully watching our each and every activity and gives the correct judgement. According to legend, it is also said, that Lord Indra and Indrani were took care of him in the Indralok during his childhood.
He was mainly created to reduce the burden of Lord Yama Dharma. Once the death god has faced lot of difficulties in making the correct calculations of the human beings Karma, and as a result, he reported his problem to Lord Maheshwar. The great Lord got mercy on Yama and created Chitra Gupta through his powers. By birth itself, Lord Chitra Gupta has got great powers. He was a clever and an efficient person, who was able to execute the toughest task of making calculations of human beings actions, and sending them to heaven or hell, based on their karmic deeds.
He is executing his task by keep chanting Lord Shiva’s mantra, and through his blessings he was successfully carrying out his duties for several lakhs of years. It is beneficial for us to worship Lord Chitra Gupta temple in Kanchipuram, in order to reduce our sufferings in our life. There is also a separate shrine for Lord Chitra gupta in the Arunachaleswara Temple, and he is seated along with his consort.
There are also some temples dedicated to Chitra Gupta in the following places:
1. Telangana
2. Jharkhand
3. Bihar
4. Madhya Pradesh
5. Rajasthan
6. Uttar Pradesh
7. Lucknow
8. Mumbai
9. Nepal
Let us worship the great Lord Sri Chitragupta Maharaj and be blessed.
“OM SRI CHITRAGUPTARE NAMAHA”
“OM SRI YAMADHARMA RAJARE NAMAHA”
“OM NAMAH SHIVAYA”
WRITTEN BY
R.HARISHANKAR