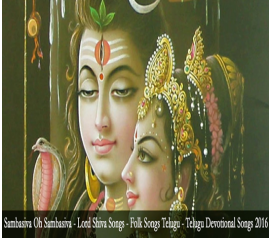 Sambasiva is a form of Lord Shiva, and in this form, he beautifully appears along with his consort Ma Shakti Devi, and she is seated on the lap of Lord Shiva. Since he shares his single seat with Ma Parvati, he is also known as “EKASANA MURTHY”. This divine form can be seen in the form of paintings and sculptures in some ancient Shiva temples. Sambasiva must be mainly worshipped by the newly wedded couples in order to strengthen their marriage relationships, and to get more prosperity in their lives. Lord Shiva and Ma Parvati are considered to be the divine parents of everybody. Though they are in a formless state, yet for the sake of the worshippers, they are taking various different forms, in order to inculcate strong faith and bhakti on their devotees.

Sambasiva is worshipped in order to avoid divorces and clashes between family members, to develop strong bondage between the couples, to give birth to a pious child, and by worshipping Lord Sambasiva, we would get good peace of mind, and we would be relieved from tensions and stress, and we can easily move our day to day life without much difficulty.

As per ancient legend, once a popular king and a Shiva devotee, Chitraketu, was travelling in his divine chariot nearby the holy Mountain Himalayas. At that time, he saw Lord Shiva and Ma Parvati, and he also seen Ma Parvati who was seated on the lap of Lord Shiva with a shy on her face. They have been surrounded by great sages and the divine devas, and all of them were eagerly worshipping them, and they enjoyed the rare sight of the divine couple, and due to that, they had got very much happiness and began to chant their divine Mantras loudly.

On seeing all these things, due to his bad fate, though he was a sincere devotee of Lord Shiva, Chitraketu looked upon them and said, “Everyone is telling that you are the great god, and you are also one among the three chief gods. Don’t you feel shameful for getting seated your consort in your lap in front of others”, and after saying this, he began to see those divine couple in an unpleasant manner. Even after hearing the unpleasant words from the mouth of Chitraketu, Lord Shiva didn’t tell anything, and kept quiet. But instead of him, Ma Parvati had cursed him to be born in the family of demons. Likewise, Chitraketu was born as Demon Vtritasura, and since he had troubled the Devas, he was killed by Lord Indra with his Vajra weapon.

Let us worship Lord Sambasiva and be blessed.