In: Weapons
With: 0 Comments 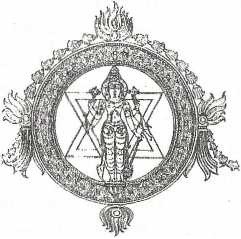 The details about Sudarshana Chakra, is mentioned in the Rigveda as well as in ancient sacred scripts and in Puranas. Once, Lord Krishna used this weapon for killing Shishupala during the dwaparka yuga. Lord Vishnu also killed several demons using this Sudarshana Chakra.

According to the ancient Puranas, the Sudarshana Chakra was made by the divine architect, Sri Vishvakarma. Also, in the Mahabharata, Lord Krishna invoked the sacred Chakra on Sisupala in order to kill him.

Once, Lord Vishnu grants Sudarshana Chakra to King Ambarisha, in order to maintain peace and prosperity to his kingdom.

This homam is performed for getting better prospects in our life, to get relieved from various diseases, for mental satisfaction and for getting rid from enemy related problems, black magic problems etc.  By doing this homam, we can experience a good change in our life immediately. It will bring good fortunes in our life and build up a strong career path for us, and make us to live happily and peacefully in our life. This homam is very popular in South India.

Sudarshana is an aspect of Lord Vishnu, and by worshipping him, we will get the same results similar to worshipping Lord Vishnu, since both of them are considered as one and the same. In most of the Vishnu temples, Sudarshana Shrine will be there in the backside of the Narasimha shrine. By worshipping him in the Vishnu temples, our body and soul will be purified, our past sins will be wiped out,           and we will get fresh energy in our mind and body, and can live a blessed life. He will follow us in our every step and will act as our guide. Being the divine weapon of Lord Vishnu, he will kill our bad thoughts, and remove the evil from our body and makes us holy and perfect in our life.

Let us worship the great Sudarshana Chakra and be blessed.