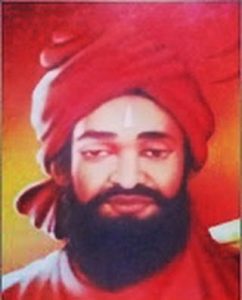 INTRODUCTION
Lord Ayya Vaikundar (1809–1851), is believed to be an incarnation of Lord Vishnu, also called as Narayana Pandaram, and worked for the welfare of poor people in Travancore.
It is said that Lord Vishnu used the body of Lord Krishna, for the incarnation of Lord Ayya Vaikundar, which was kept in Parvatha Ucchi Malai, after the completion of the Lord Krishna Avatar.
IMPORTANCE
Muthukutty(Ayya’s birth name) was born in 1809 at Poovandanthope in the Kanyakumari District. Muthukutty was a sincere devotee of Lord Vishnu.

Lord Ayya Vaikundar has five disciples. According to ancient history, the Pandavas took birth in this kali yuga to serve as disciples for Vaikundar. Vaikundar cured several diseases of the people.
Once The Travancore king Swathithirunal arrested Vaikundar in 1838, due to his controversial remarks against the king, and after a few months, he was released by the king, after knowing about his greatness.
AYYAVAZHI
It was believed that he has entered Vaikundam in the year 1851, and his body was kept in a tomb and, around that, a temple was later built. Even today his devotees are visiting this site and performing the rituals. His life and works remain as the foundation of the Ayyavazhi. The main temple of the Ayyavazhi religion is located in the Village of Swamithope in Tamilnadu.
CONCLUSION
Ayya Vaikundar was a great saint and an avatar of Lord Vishnu. Through his special powers, he has done a lot of miracles in the life of his devotees. He has cured diseases and solved the problems of his devotees. Let us worship Lord Ayya with pure bhakti and chant his name and be blessed.
“OM SREE AYYA VAIKUNDARE NAMAHA”
“OM NAMO NARAYANA”
WRITTEN BY
R.HARISHANKAR