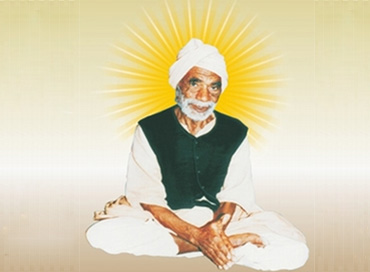 INTRODUCTION
Baba Hariram (1867–1947) was a great saint and lived in Sindh Province of Pakistan. He was a great guru and a spiritual leader, who was a sincere devotee of Lord Srirama, and used to frequently chant the Rama Mantra “JAI SRIRAM”, and also insists others to do so. He was fondly called as Baba, due to his vast knowledge in all the subjects and based on his spiritual teachings. He was the disciple of Baba Kriparam, who also an ardent devotee of Lord Srirama. His follower was Sri Bhagat Wadhuram, an illiterate man who had changed into ‘Baba’ through the grace of Lord Rama.
Devotees of Baba Hariram are mainly found in Sindh province in Pakistan, and some of the devotees are living in Delhi, Mumbai and Kolkata.
He is considered as a man of simplicity who has controlled his senses, and showed kindness and affection on each and every living being in the world. He says that “Lord Rama is dwelling in each and every living being, and we have to show courtesy on all of his creations, in order to satisfy Lord Sriram”.
DISCIPLES
1. Hirdaram
2. Ramchand
3. Bhauji
4. Siyaram
5. Mangalram
6. Ramsaran
Sant Hariram has done several social welfare activities like providing food to the poor, helping the people by building shelters to them and done valuable service to the poor people during the times of natural calamities.
Let us worship the great saint and be blessed.
“OM SRI BABA HARIRAM NAMAHA”
“JAI SRIRAM”
“JAI SITA MATA”
WRITTEN BY
R.HARISHANKAR