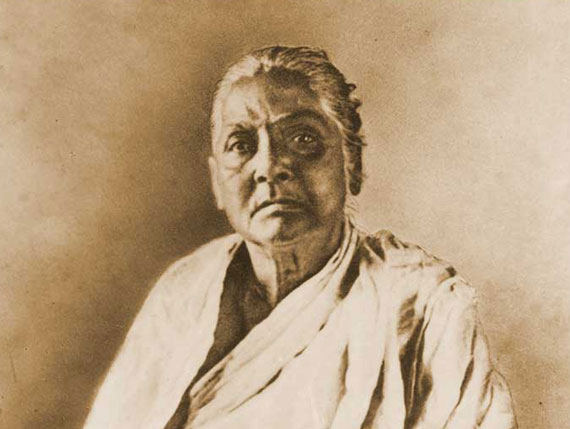 INTRODUCTION
Golap Ma was a disciple of Sri Ramakrishna, who lived in the 19th century, and she was considered as a great woman saint. Her birth name was Annapurna Devi, and she was an ardent devotee of Mata Kali Devi, similar to her guru Sri Ramakrishna, and regularly visits the Dakshineswar Kali Mandir, and got Mata Kali’s grace.
She was born in a Brahmin family at a Village in Kolkata in the year 1864. She was married and had two children. She lived a perfect and a disciplined life under the guidance of the great guru and the divine avatar Sri Ramakrishna, and after the death of her husband and children, she concentrated her entire attention towards doing spiritual services, and sincerely served to Sri Ramakrishna and properly took care of him during his last days.
She also moved with Mata Sarada Devi in a friendly manner, and used to converse spiritual matters along with her, and with Yogin Ma, who was her friend and also a disciple of Sri Ramakrishna. She was praised by Sri Ramakrishna, since she has shown kindness to others. She played an important role in the development of Sri Ramakrishna movement, and stayed till her death in the house of Mata Sarada Devi at Kolkata. She was one of the most popular devotees among the devotees of Sri Ramakrishna, and she studied the famous scriptures like Srimad Bhagavatham, Mahabharata and Bhagavat Gita, and used to give spiritual discourses among the people.
She died in the year 1924 at Kolkata.
Let us worship the divine mother and be blessed.
“OM MATA GOLAP DEVIYE NAMAHA”
“OM SRI SHIVAYA NAMAHA”
“JAI KALI MATA”
WRITTEN BY
R.HARISHANKAR