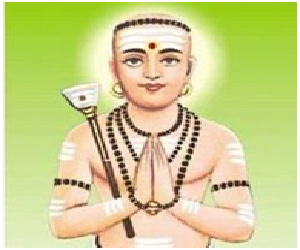 Gunisilar was a great devotee of Lord Muruga, and he was a very generous and kind hearted person. He had made it as a practice to feed a minimum of 100 Murugan devotees in his home, and he has continued the practice till his death. He was a great poet and wrote many sweet songs on Lord Muruga. Though he was asked by the then kings to sing in praise of them, he refused, and sung songs only in praise of the almighty. He was against caste discrimination, and his disciples were belonged to both upper as well as lower class.

Once while he was travelling to Palani Hills, Lord Muruga had appeared before him in the form of a cowherd, and gave his blessings. He was very much worried about the sufferings of the people, and relieved them from their problems and diseases, and also made them into ardent devotees of Lord Muruga.

In course of time, he donated all of his wealth for the sake of the poor people, and with some small belongings, he began to wander throughout Tamil Nadu, by visiting and worshipping Murugan Temples. Once, while he was walking in the forest area, one thief had stolen some of his belongings also, and left him empty handed. Gunasilar didn’t get worried about that, and instead of that, he got great spiritual enlightenment. After his death, due to the divine grace, he had attained salvation.

Some of the contents from his honey filled songs are as follows:-