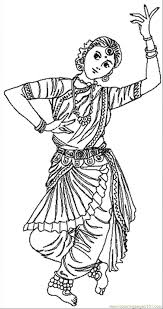 INTRODUCTION
Among the several gopurams in the Ranganathaswamy Temple, Srirangam, there is a white gopuram which attracts special attention and it is called as the Vellayi Gopuram, and it is located at the entrance of the Srirangam Temple. Srirangam Temple is dedicated to Lord Vishnu.
Vellayi was a dancer who wilfully sacrificed her life to protect the idol of the temple. In the year 1323, the army of Sultans invaded Sri Ranganathaswamy Temple and they looted diamond jewels and golden ornaments. But the main idol was hidden from the eyes of the Sultanate forces. Due to that, the Sultan has become very angry and killed thousands of the local people in and around Srirangam.
The great Vaishnavite Acharya, Sri Pillailokacharya had safely kept the idol at Madurai. In order to protect the idol, Dancer Vellayi danced for several hours and cunningly took the soldiers towards the top of the gopuram. And she pushed the Sultan from the Gopuram, and he died. Immediately she also committed suicide by chanting the name of Lord Sri Ranganatha.
After some time, Vijayanagar Chief Sri Kempanna, defeated the Sultanate forces and drove them out from that place. He immediately named the tower as Vellayi Gopuram in order to respect and honour her great sacrifice.
Let us worship the great devotee of Lord Ranganatha and be blessed.
“OM MATA VELLAYI NAMAHA”
“OM NAMO NARAYANAYA NAMAHA”
“OM MATA LAKSHMI DEVIYE NAMAHA”
WRITTEN BY
R.HARISHANKAR