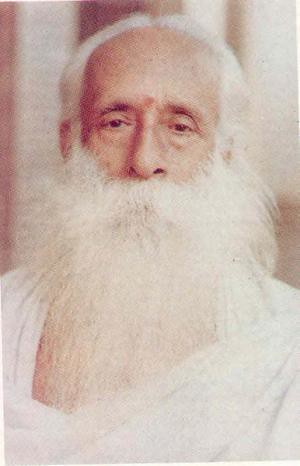 INTRODUCTION
Sri Radhakrishna Swamiji was born in a village in Trichy in a pious Brahmin – Iyer family during the year 1906. Since from his childhood days, he developed bhakti on god and used to do meditation and puja, and at his younger age, he also met many saints and visited temples throughout Trichy.
The Kanchi Swamigal was attracted with the young boy, and made him to stay along with him for some days. He also meditated in the caves and got the divine appearance of Lord Dattatreya.
He was an ardent devotee of Guru Raghavendra, Sadashiva Brahmendra, Shirdi Sai Baba and Lord Krishna. He also met Ramana Maharshi and Seshadri Swamigal at Thiruvannamalai, and received blessings from them.
In the year 1942, he met Sri Narasimha Swamiji, an ardent devotee and follower of Shirdi Baba and became the spiritual heir of Sri Narasimha Swamiji.
Though he got married to a noble lady, he was disinterested in marriage life, and after spending several years in the family life, suddenly he has left his family and become a saint. He was a good reader and also a writer, and read all the divine books, and got great knowledge. He actively participated in the office of the All India Sai Samaj and assisted Sri Narasimha Swamiji and become his personal assistant.
He insisted the Sai devotees to recite the holy names of Lord Vishnu in order to relieve from their sins and also to get out from the chain of birth cycle. After pleasantly doing Sai service for many years, he died in the year 1980.
Though now he is not physically available, he is still blessing us from the heaven.
Let us worship the great saint and Sai devotee and be blessed.
“OM SRI RADHA KRISHNA SWAMIJI NAMAHA”
“OM SRI SAINATH NAMAHA”
“JAI SRIRAM”
WRITTEN BY
R.HARISHANKAR