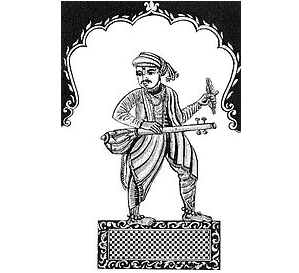 Saint Karmamela (14th century) was a great saint from Maharashtra. He was the son of Chokhamela and Soyarabai and belonged to Mahar caste, and they were considered as untouchables and treated badly by the upper class people during those days. He was against caste discrimination. He deeply expresses in his songs, about his birth in lower class family, and the sufferings which he faces in his daily life. Karmamela was deeply attached with Lord Vital and concentrated his attention only on him. His songs are so divine, and it was praised even by the upper class people.

He will used to sing the glories of the Lord and dance with full of joy and forget about the entire things around him. He has got such a great bhakti on Lord Vital, which is very difficult to practice in this today’s modern era of lifestyle.

He expressed his feelings in his poems, and he wants the females to be treated with good respect, and must be given all the rights similar to the males. He was very much interested in social responsibility, and took keen interest on promoting the bhakti spirit of Lord Vital among others. Though he was born from a lower class family, he got great knowledge in all the subjects, and got the talent to compose songs on the god, within a short time. He lived a noble life, and attained SALVATION after his death.

Let us praise the great saint and be blessed.