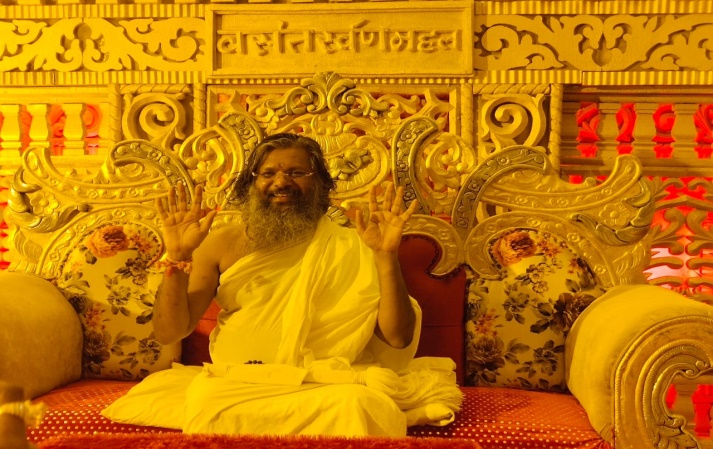 Vasanth Maharaj, was a native of Krishnagiri, and he is also known as Vasanth Vijajji Maharaj, is an Indian ambassador of peace, and preached love, unity and considered all classes of people as alike.

His aim is to give fruitful solutions to various issues which prevail throughout the world. He used to give lectures among the people, in order to develop more co-operation, and friendship between them. He has toured to various countries, and preached about the importance of maintaining peace and prosperity in the country, by following productive measures. He wants the whole world to stay away from violence, and the problems must be tackled only through peace talks. He is also a devotee of Lord Shiva, and he had spread the importance of Shaivism amongst the people. His lectures are very simple and straight forward in nature.

He conducted inter-faith meetings, children’s painting competitions, peace festivals, exhibitions, and fed the poor and needy, giving financial aid for poor girls marriage, building shelters for poor and homeless people, educating the poor children, and improving their standard of living, asking the people to follow vegetarianism, in order to get a peaceful mind. He received good response from the people for his noble activities.

He organized the Historic Peace March in India in the year 2005 with the participation of thousands of school children, and also launched a campaign against terrorism.

Due to his selfless service to the nation, he was appointed as a Diplomatic Counsellor of India by the International Parliament for Safety and Peace in the year 2009. He was honoured the title “Ayurveda Ratna” by the Ayurveda council of the UK In the year 2014.