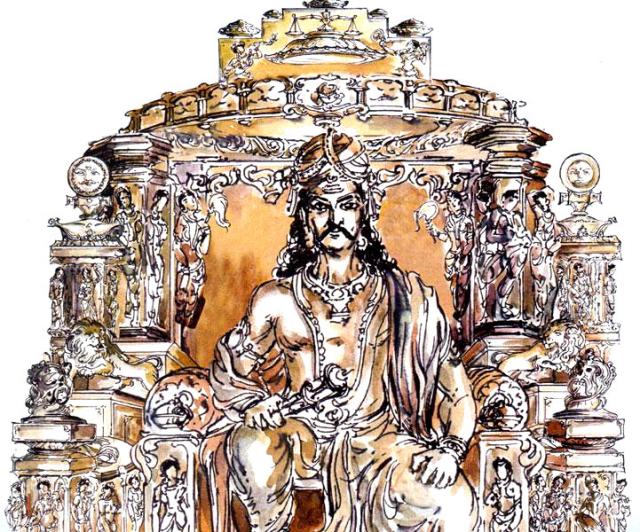 INTRODUCTION
Harita was an ancient king of the Suryavansha dynasty, and those who have Harita gotra are considered as his descendants. After the death of his father, he became the ruler of Ayodhya.
Harita was the grandson of king Ambareesha, and he was the ancestor of Lord Rama. Due to the blessings of Adikesava Perumal, a form of Lord Vishnu, he has become a pure Brahmin, and contains the qualities of Brahmin as well as Kshatriya. Those Brahmins, who belongs to the Harita gotra, would contain boldness, courage and wisdom, and king Harita is considered as their protector.
King Harita was a good ruler, and treated his people with kindness and considered them as his own relatives, and provided all the necessary benefits to them. No one had suffered from any kind of problems during his golden rule.
King Harita had renovated the Adikesava Perumal temple at Sriperumbudur and he got great boons from Lord Adikesava Perumal. After his death, he went to the abode of Lord Indra, and still peacefully lives in the Indra Lok, without any sufferings.
Let us worship the noble king and be blessed.
“OM SRI HARITA MAHARAJAVE NAMAHA”
“JAI SRIRAM”
“JAI MATA SITA”
WRITTEN BY
R.HARISHANKAR