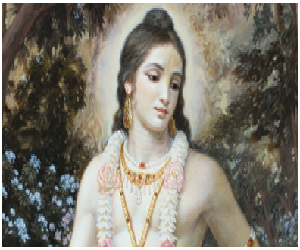 Vajra Nabha was one of the Yadavas, and he has become the King, after his father Aniruddha, as mentioned in the great epic Mahabharata. He was the great grandson of Lord Krishna, his appearance was similar to that of Krishna, and he properly ruled his kingdom.

He is believed to have ruled his Mathura kingdom for many years, and he maintained strict law and order in his kingdom, and due to his braveness, there were no enemies for him. His mother was Usha, the mighty daughter of Banasura, who was the great grandson of Bhakta Prahalada.

Due to his bhakti on Lord Krishna, it is believed that he had the division vision of Lord Krishna for many times during his life time. He had given a golden rule similar to that of Lord Rama and Krishna, and during his period, his people were happily lived forever in their life. He received the blessings of many sages and saints and performed several yagnas. After successfully ruling his kingdom for many years, he went to the forest, performed penance on Lord Krishna, and attained salvation.

Some of the famous quotes of Vajra Nabha are as follows: