In: Gurus, Western Scholars
With: 0 Comments

WHY A NON-INDIAN, NON-HINDU IS BUILDING THE SHIVAJI MAHARAJ MUSEUM OF INDIAN HISTORY

I had just completed my 18th year and I was living in Paris, France, the city of my birth, when I heard that a caravan of cars was driving from Paris to Pondicherry. I had never heard of India, but something in me pushed me to go. Thus in approx. 6 weeks, we crossed ten countries and had many adventures,. We reached Delhi, driving from Lahore, in late September 1969. 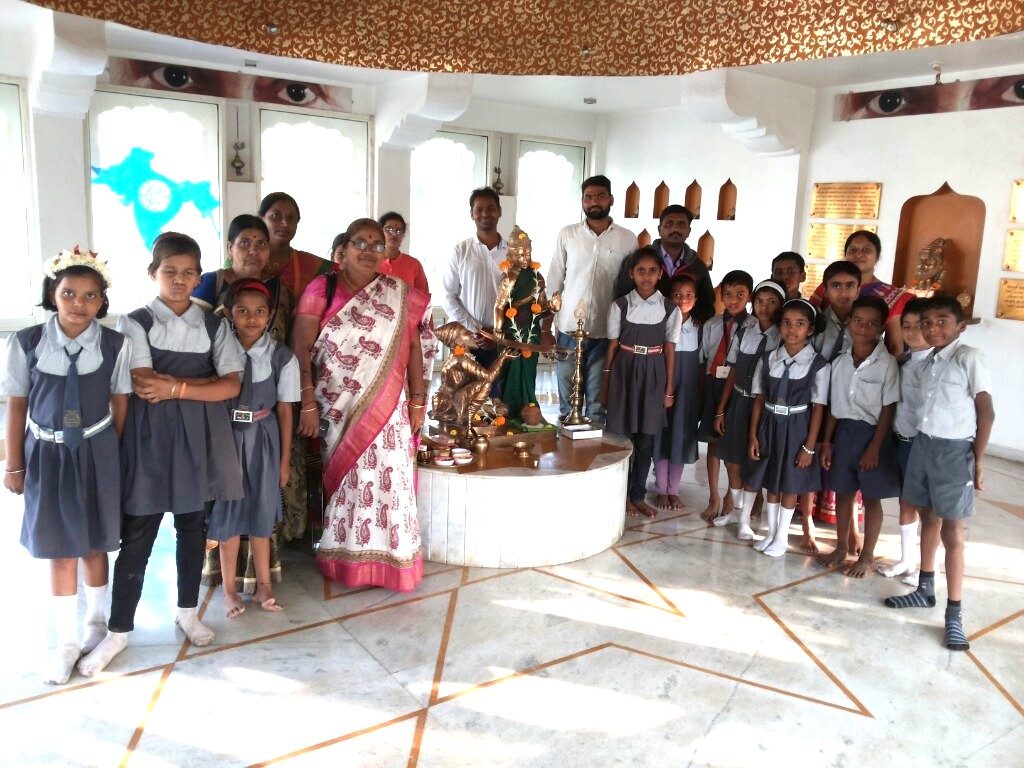 I spent my first night in India in the sri Aurobindo ashram New Delhi, in Aurobindo marg. As I said, I knew nothing about India and had no interest in spirituality. In those days, there were still fields in this part of Delhi. It was evening by the time we settled. I had with me a book of Sri Aurobindo, called the Life Divine, which I had never managed to read. I climbed on one of the vans with which we had come. It was a very beautiful sunset as you often see in India. I felt so peaceful: birds were singing, farmers were coming home. I opened the book and read a few lines. Suddenly I had a strong spiritual experience, a feeling of intense peace and joy and in a few seconds an intuition of what was karma, reincarnation, and of the worlds that were opening to me. Also an immediate knowledge that I would live in India for the rest of my life.

This is believe, was an experience of Mother India. As many saints have said, India is not just a piece of land, it is the living Shakti, a body that, in spite of so many assaults over the centuries, as our Hindu Tolerance exhibition has shown, still radiates knowledge and power to whomsoever opens to it. My first guru was Mother India and to Her I dedicate this shrine and our Museum.

Of course, 2 weeks later in Pondicherry I met the Mother, Sri Aurobindo’s companion – and it was the turning point of my life: my whole outlook turned upside down – or rather, became as it should be. Since then, it is my strong belief that Mother India guided me in all these years: often, for instance, I have felt spontaneously ‘at home’ in some cities in India, as if I knew them from before. Places like Almora in the Himalayas, for instance, where we have had powerful intuitions on how ancient our souls are.

I even had this experience in Srinagar. I covered Kashmir as a journalist for the largest French political daily in the worst of its unrest, from the late eighties till the Kargil war. It is there without any doubt that I went through some of the most dangerous incidents of my life – and where I acquired, I think, a little bit of fearlessness, which has helped me till today. There was only one hotel opened for journalists during the unrest, it was called Adhoos and it was on the banks of the river Jhelum. There was curfew most of the time and nobody could go out without a pass, but at night I would step out of the hotel and walk on the bund that stops the river Jhelum from overflowing into Srinagar. One could hear gunfire and sometimes-even grenades in the distance, yet I could feel the presence of the millions of saints, yogis, avatars and simple people who had prayed and meditated for thousands of years in Kashmir. It seems today like an abstract experience, but on the spot, it was so strong and vivid and I felt that this was the very reason that India should keep Kashmir, for its sacredness and the Mother’s presence in spite of all the strife.

I came to Pune 7 years ago for an Art of Living course. In the same way I immediately felt at home here. The course happened in a beautiful Jain temple outside the city. I knew of course about Shivaji Maharaj, having researched him for my books and becoming a long standing admirer of him. I had some time after the course and I asked my driver to take me to the main Museum, which is called Kelkar. I was surprised and shocked to find that there was not a single exhibit on Shivaji and that in the city of his birth, there was no Museum worth the name honoring him. Great men and women who walk this earth and are instruments of God, do most of their work while in their physical body. But when they die, I believe they leave something behind, a presence, a will, an influence. This day I felt that I should do something to honor Shivaji Maharaj who was so devoted to his country, which he worshipped as the Mother and the idea of a Museum of true Indian History, dedicated to Shivaji Maharaj, started taking shape in my mind. Pune is the ideal place for this Museum: it’s Shivaji Maharaj’s realm, it is central to India and easily accessible from the South or the North and more than anything, Marathas have a stronger national fiber than in other states and I felt the Museum will be better protected here. 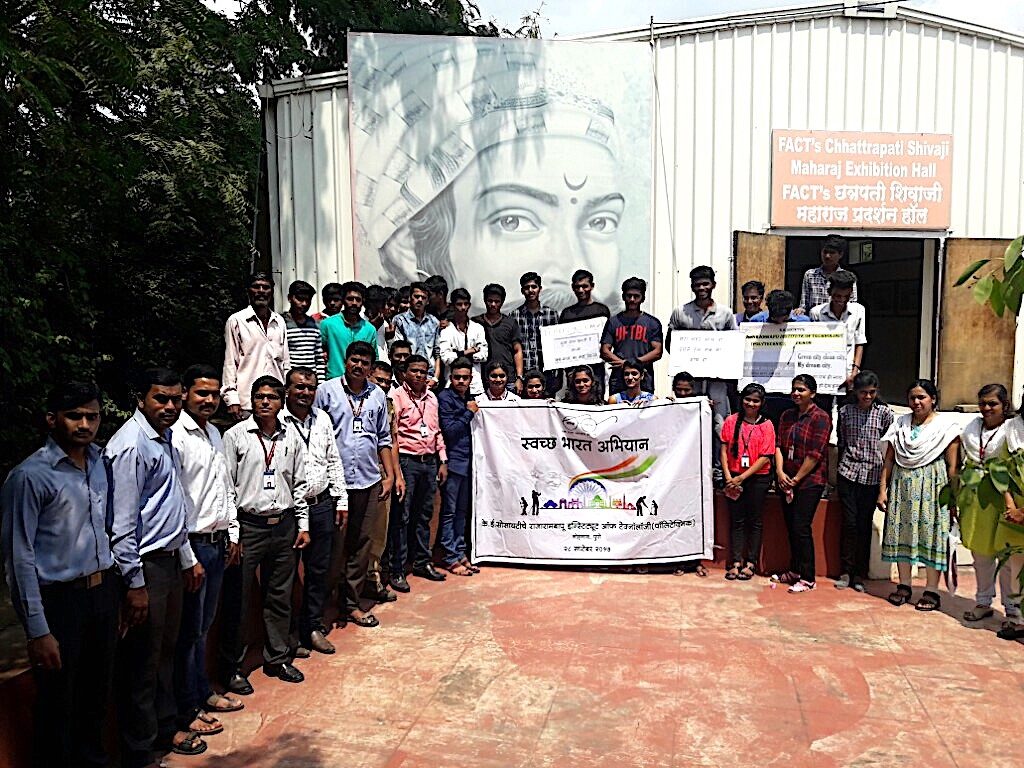 Yet, having spent the first 18 years of my life France, I still believe in logic and understanding with the mind. What is then the purpose of the Shivaji Maharaj shrine and of the Museum? Firstly, this is a place of knowledge. People can come to the temple, meditate, pray to Mother India or do a puja and come down a bit from their heads to their hearts. Then, they can learn something about the history of their country in the three exhibition halls, while the main Museum comes-up. Programs can also happen in our small amphitheater: films made by our foundation FACT can be screened, plays, satsangs can happen, art of living courses. Some of the Pune youth can come out feeling a little prouder of being Indian, a little more knowledgeable about the history of this great civilization that is India. It is a tragedy that the Indian education system produces so many brilliant youth, who are just good for export, as they are not made to learn about their own history, poets, avatars, legends.

We would like to have many Bharat Mata temples such as ours in Pune, along with one exhibition hall, come up, first all over Maharashtra, then in Gujarat and eventually, if God wills, all over India. It can be dedicated to different heroes and heroins: In Maharashtra it could also be dedicated to Dr Ambedkar, who is a true son of Bombay; in Rajasthan it can be dedicated to Rana Pratap, in Madhya Padesh Ahylyabai or Rani of Jhansi, in Karnataka Chennamai, in Tamil Nadu to poet Bharati, and so on.

This is a difficult project. Whoever has never attempted to raise money for a Museum should give it a try. I have met hundreds of potential donors, but when you say “ I need funds to build a Museum of Indian History, as it happened, not as it has been written”, you can see the mind of your interlocutor doing click and then pat comes the answer: “oh I have to speak to my board, oh, we only give to for health or education projects”, full stop. There must be a reason why there is no Museum of Shivaji Maharaj worth the name in Pune, for at every step we encountered problems, some foreseen, some unforeseen, some even coming from our own people. Trying to portray Indian History as it happened, not as it has been written, is a very sensitive task that leaves one exposed to all kind of troubles. We even are facing some threats from some Shivaji group, who objects to Shivaji Maharaj being associated with Mother India or the Vedas. Shivaji was an extraordinary being, an instrument of god and whoever binds him to a particular caste, or even a particular guru, demeans him and hampers his work, for he was a supra national figure and his qualities of dedication to Mother India, of extreme courage, of respect of human rights and honest administration, are badly needed in today’s India.

This is just a humble beginning: we have already started the foundations of the main Museum which will house exhibitions from the Vedas to the India of tomorrow. If God, in spite of my shortcomings, gives me the strength, the enthusiasm and the dynamism, it will be a wonderful and noble project that will be talked about for centuries. But for that, we need funds, a lot of funds. I hope those of you who will read these words, will be touched and will pass along the message to their friends.

FACT is a registered Trust and has US, UK and Indian tax exemption, as well as FCRA. Donations in Indian rupees can be made at the following account: