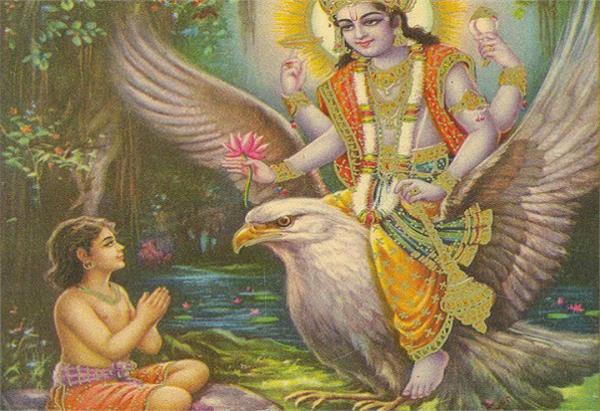 INTRODUCTION
Dhuruva is a pious boy and due to his sincere meditation on Lord Vishnu, he has become a king after his father, and finally become a great DHRUVA star and controlling the sun, moon, stars and the planets through his great powers. This was made possible only because of his true devotion on Lord Vishnu.
According to the legend, his father was Uttanapada and his mother was Suniti. Since his father had shown more attention to his new queen’s son, he was ignored, and he and his mother were not properly treated by his father. Hence due to that, he had performed severe penance and got great boons from Lord Vishnu. After completing his penance, he went to his palace, and due to the grace of Lord Vishnu, his father has changed his mind, and showed more love and affection on Dhuruva. He has become a king and ruled his kingdom properly by treating the people as his own sons, and gave much respect to them. Everyone loved him, and appreciated him for giving a GOLDEN RULE. After ruling the kingdom for several years, he and his mother have become stars, and still living in the Dhuruva Mandala, a star world containing all sorts of luxuries, and they would be permanently residing in the Loka even during the time of MAHAPRALAYAM, a great disaster to the entire universe, and there is no end for them.
Let us worship the great Dhuruva and be blessed.
“OM SRI DHURUVA MAHARAJARE NAMAHA”
“OM MATA SUNITIYE NAMAHA”
“OM NAMO NARAYANAYA NAMAHA”
WRITTEN BY
R.HARISHANKAR