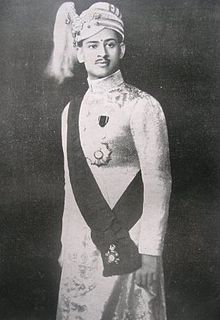 INTRODUCTION
Few hundred years back, there lived a pious king in Kerala, and his name was Samutri, and he ruled the Calicut city in Kerala. He ruled his kingdom in a well-versed manner, and he was very much devoted to Lord Krishna, and used to chant his names regularly. Once he wants to get spiritual teaching from a learned Guru, and searched for him, and after some time, he met Sri Vilvamangala Swamigal at Guruvayur. He worshipped him and expressed his wish.
Vilvamangala Swamigal had advised him to leave the bad habits from him like lust, anger and worldly attraction, and asked him to keep on singing the glories of Lord Krishna and to do meditation, and to take simple food. The great king went back to his kingdom and followed his advice, and after a month he met the Great saint Vilvamangala Swamigal at Guruvayur. Sri Swamigal was very much pleased with his devotion on Krishna, and asked him to close his eyes and to think about Lord Krishna.
The king also done it, and after some time, he opened his eyes. There he got the divine vision of Lord Krishna, who smiled at him and he plays the flute and blessed him, and after a minute he disappeared. The king was overjoyed, and he thanked Vilvamangala Swamigal for helping him to get the divine darshan of Lord Krishna, and went back to his kingdom, and crowned his son as the king of the kingdom, and went to the forest along with his queen and done severe penance on Lord Krishna, and finally attained SALVATION.
Let us worship the great king and be blessed.
“OM SRI SAMUTRI MAHARAJAVE NAMAHA”
“OM SRI VILVAMANGALA SWAMIGALE NAMAHA”
“JAI KRISHNA”
WRITTEN BY
R.HARISHANKAR