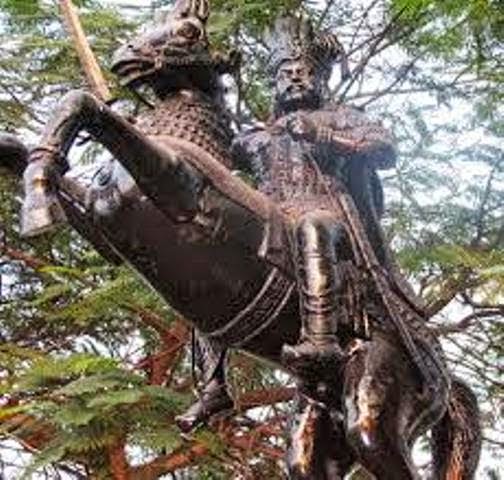 INTRODUCTION
Shalivahana was a great emperor, and it is believed, that he must have ruled almost the entire India, before few thousands of years. The period he ruled the kingdom was known as “THE SHALIVAHANA ERA”. He has written lot of poems, and he is a great scholar, and an expert in all kinds of arts.
According to legend, it is believed that Shalivahana succeeded the great king Vikramaditya, and ruled Ujjain in a prosperous manner, and later he defeated the kings in other regions, and become a great Maharaja. He was mentioned in various Puranas and other ancient sacred texts, and he is described as the brave and honest king, and he is an ardent devotee of Lord Adisesha, the divine serpent bed of Lord Vishnu.
Shalivahana was believed to have been born in Ayodhya, in the family of potters, and after he attained teenage, he defeated and killed Vikramaditya, and become the king of Ujjain, and he is also considered to be an enemy of king Vikramaditya. After ruling his kingdom for several years, he was defeated and killed in the battle by the Chola, Chera and Pandiya kings. And after his death, he has reached SWARKA LOKA, due to his heroic death in the battle field.
Let us worship the great king of Ujjain and be blessed.
“OM SRI SHALIVAHANARE NAMAHA”
“OM SRI ADISESHANE NAMAHA”
“JAI KALI MATA”
WRITTEN BY
R.HARISHANKAR