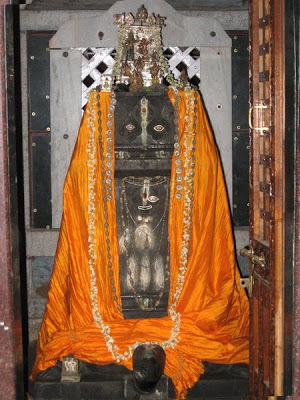 Satyadharma Tirtha (1743-1830) was a Madhwa saint and philosopher, and he served as the pontiff of Uttaradi Mutt from 1797-1830. Satyadharma Tirtha was born in the year 1743 in Haveri district in Karnataka in a holy Madhwa family. His birth name was Purushottamacharya. His guru was Satyavara Tirtha and his disciple and successor was Satya Sankalpa Tirtha. He has written various devotional texts, and was widely praised for his good works.

He attained Samadhi in the year 1830 at Shimoga, Karnataka. He considered himself as a slave of Lord Rama, and dedicated his life on singing Bhakti songs on him. He was expert in regional languages and was familiar in Madhwa’s philosophy, Bhagavatham, Bhagavat Gita and Vishnu Puran. He lived a pious life and he is still blessing his devotees from his Samadhi Shrine.