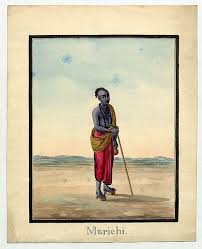 The rishis or the sages have been rightly valued in India as supreme. They are even beyond the celestials. They set an example of life itself. How to learn is to be learnt by following the way of the sage. Sages are the embodiments of not only learning but the highest of self control, sacrifice, supreme understanding, childlike innocence, universal love, a feeling of utmost goodwill for the entire world, animals and birds, trees and creepers, lakes, streams and rivers, hills and dales, rocks and hillocks included. The highest seers could see beyond the ordinary ken of mortals, but yet, were the very embodiment of simplicity, the highest acme of contentment, viewing alike everything on earth, nothing so high as to overawe them, neither so low as to be despised.

The Status of Vipra and Shrotriya

That is why the Upanishads describes the rishi as the highest even among the Vipras: ‘rushirvipranam’ (Mahanarayanopanishad 12.1). When we remember how important Vipra himself is, from the definition, that one born of a brahman family and become a dvija by sacred ceremonies, namely upanayana that gives him the status of a ‘Brahmacharin’ worthy of studying the Vedas and profound by the study and understanding of the Vedas itself in its  six limbs, i.e. shadangas, namely shiksha, vyakarana, chhandas, nirukta, kalpa, and jyotisha and the highest study that leads on to moksha dharma which is Pravidya, the fine stage which makes one a Vipra, it is seen why the unit chosen is Vipra:

Thus, it can be observed that one satisfying the three conditions and reaching the stage of Vipra automatically is a Shrotriya. A Shrotriya is one who is deeply versed in the Vedas. Even among these Vipras of whom the highest is the Shrotriya, the rishi is the noblest, the one enlightened by the Vedasand ennobled by Tapas or penance.

This concept of Rishi is thus a theme reckoned high even in the earliest Vedic hymns. The idea of the Seven Rishis is already familiar in the Rigvedawhere they are conceived as our fathers.

and this is continued thereafter:

They are individually mentioned sometimes and also collectively in the plural, as denoting whole families as Bhrigus, Angirasa, Atri and so forth. Today’s Brahmins are thus known as the generations of Gautama, Bharadwaja, Vishvamitra, Jamadgni, Vasishtha, Kashyapa etc.

The rishis transformed into stars as known to later myth are known so in the Vedic legends as well. They are Rikshas i.e. constellations or stars, apart from being the rishis like ‘सप्तर्षिषु ह स्म वै पुरारक्षा इत्याचक्षते।’ (Shatapatha Brahmana 2.1.2.4).

That is why Kalidasa refers to rishis invited that assembled for Rama’s Ashvamedha not only from the ends of the earth but also the luminous spheres:

Arundhati, the consort of Vasishtha, who is famous in the epic and puranic literature, though also known to the Taittiriya Aranyaka 3.9.2., is the only one who takes a place with the principle seers and an eastern chalukya frieze of the saptarshis from the Bhimeshvara temple at Draksharama represents her along with them. She is a star like rishis mentioned in the Taittiriya Aranyaka.

Marichi, a Rishi and son of Brahma.

Rishi Marichi or Mareechi or (meaning a ray of light) was the son of Bahma, the cosmic creator, and one of the great saptarshis (Seven Great Sages Rishi), in the First Manvantara with others being Atri, Angirasa, Pulaha, Kratu, Pulastva, and Vasishtha.

Before Lord Brahma began creation of this world, he constructed a core group of people to whom he would discharge the responsibility of creating the rest of the Universe. Thus he created –

Marichi was Son in law of Daksha Prajapati.

He was brother in law of Lord Shiva.

Daksha’s daughter Sambhuti was his wife. He had a son called Poornamasa.

Also he had 4 daughters namely, Krishti, Vrishti, Tvisha and Upachiti. We get references to this in Brahmanda Purana (2.11).

Marichi then got married to Kala who bore a child named Kashyap. After inheriting the right of creation from his father, Kashyap assumed the title of a Prajapati. The couple also had a daughter named Poornima.

In Matsya Purana we get a reference that he had a son and a daughter named Kashyapa and Saroopa, respectively (Matsya Purana 144).

Krishna in the Bhagavad-geeta says, “Of the Adityas, I am Vishnu, of lights I am the radiant sun, of the Maruts I am Marici, and among the stars I am the moon.” (10.21)

According to Mahabharata he was the one who was known as Chitrashikhandin.

According to myths it is also said that Lord Shiva burned him when he got angry with Daksha Prajapati.

He became one of the most important sages who were there in the regime of King Vena.

Here are some quotes about above mentioned topics available in Ahnika chapter of Smritichandrika.

At the end he says about the Dharmashastrakara that