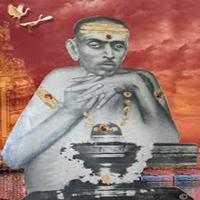 INTRODUCTION
Mouna Swamigal (19th century) was a great saint who lived in Kumbakonam, and done lot of goodness to his followers, and according to his name he maintained perfect silence throughout his life. He was born in a pious family at Thirubhuvanam, and studied well and quickly grasped the divine subjects. At his teenage, he left his family and came to Kumbakonam and performed meditation on Lord Shiva.
After some time, through the help of his devotees, he constructed a small ashram for himself, and spent his time by performing puja to the Shiva lingam and sitting down in a Samadhi state for long hours. He used to have only little quantity of food, and sometimes performed meditation for several days even without having food. He was praised by Kanchi Swami Sri Chandrasekarendra Saraswati Swamigal, and he considered him as a great siddha purusha. Even though he remained silent in his life, he used to murmur the slokas of Lord Shiva and blesses his devotees with a smiling face.
He attained Mahasamadhi in Kumbakonam in the year 1899, and even today, lot of people visits his holy place and perform pujas and worships him with great devotion, and he is fulfilling the prayers of his devotees, and blessing them to attain all sorts of prosperity in their life.
Let us worship the great saint and be blessed.
“OM SRI MOUNA SWAMIGALE NAMAHA”
“OM NAMAH SHIVAYA”
WRITTEN BY
R.HARISHANKAR