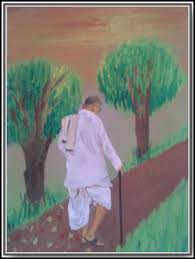 Pandurang Shastri Vaijnath Athavale (October 19, 1920–October 25, 2003) was a spiritual leader, social reformer, philosopher and a reformist. Also popularly known as Dadaji he was the pioneering effort behind the Swadhyay Movement and the Swadhyay Parivar Organization. This movement was essentially a self-knowledge movement based upon the Bhagvad Gita. The popularity of the movement is such that it has spread its reach across nearly 100,000 villages of the nation with nearly 5 million members.

He later went on to win the ‘Templeton Prize for Progress in Religion’ in 1997. This was followed by the Ramon Magsaysay Award for Community Leadership and then Padma Vibhushan, the country’s second highest civilian honor, in 1999.

Pandurang Shastri Vaijnath Athavale was born in the Maharashtrian village, Roha, on October 19th 1920. He was one of the five children of Vaijnath Athavale and Parvati Athavale. Athavale’s grandfather had arranged a customized individual tuition for him. The methodology of Athavale’s learning was somewhat similar to the Tapovan system of ancient India. His learning environment later influenced him to give discourses at the Srimad Bhagavad Gita Pathshala, a center of learning established by his father in the year 1920.

His authority in his domain later made him attend the Second World Philosophers Conference in the year 1954. Here, he found an opportunity to present his concepts in this congregation of the learned, in Japan. Though many amongst the participants rejected Athavale’s perspectives, he found an admirer in Dr. Wilson Compton. Dr. Compton offered him a chance to spread his ideas from the U.S, but the offer was politely declined by Athavale. He justified it by stating that he had a lot of work to do to establish a model community based upon the ideals and beliefs of the Bhagvad Gita.

The Bal Sanskar Kendra or the Child Development Center is the basic foundational pillar of the Swadhyay project. Athavale tried to instill his ideals and values in the children right in their formative years. His efforts are aptly reflected in the thousands of children who attend the Bal Sanskar Kendra.

Analogies from the Vedic literature are used to inculcate values of heroism and nobility amongst the children. A sense of gratitude is the integral aspect of the core philosophy behind the Bal Sanskar Kendras. The children are nurtured to be grateful to all the venerable figures. The children of the Kendras are the core of the Swadhyay Force. The children develop an outlook of reverence and duty towards the nation, it’s culture and the people at large.

Swadhyay Pariwar and the Power of Youth:

“I have faith in three entities: God, Scriptures, and the Youth.”- these were the exact words of the legendary Dadaji. These lofted outlook of Pujya Dada are now internationally acclaimed. Dadaji visualized the youth as “a living symbol of an indomitable enthusiasm and will to completely change the era, tie up in knots the whole sky, and crush to pieces the mighty Himalayas”. He believed that spiritual orientation of the youth enables it to realize it’s latent potential to achieve religious revolution. Once a group of charismatic and dynamic young men met Dadaji and interacted with him. After their brief span of interaction these group of young men initiated a project to rejuvenate both culture and religion. They started their efforts by establishing the Divine Brain Trust (named by Dadaji). The project focused it’s span of attention on “Yuva Kendras”, Study Circles, Youth Contact and Outreach programmes i.e sports-events, picnics, youth conferences etc.

Mrs. Dhanashree Talwalkar, also popularly called Didiji, was handed over the baton of the mammoth Swadhyay work. Under the leadership of Didiji, the Swadhyay task attained a new dimension and dynamism. She elevated the Swadhyay tasks in the international platform. She also concentrated the collective energy of the vibrant youth to promote the plethora of divine ideals of Dadaji.

Listed below are some of the key statistics:

The main task force behind the Swadhyay Movement was the Swadhyay Parivar. The Swadhyay Parivar embraced all both the upper and the lower strata of society. A huge force of people who continues spread the ideals and the principles of Dadaji, both in the domestic sphere and in the international arena, are known as ‘krutisheels’ or the people in action. Dadaji’s followers also known as ‘Swadhayees’, have also encouraged tree-planting projects, cooperative farming, fishing etc.

Some of the awards given to Athavale were:

Tatvadnyaan Vidyapeeth is an institution which is highly regarded as one of the remnants of Dadaji’s Legacy. Here the youth are imparted knowledge on a wide variety of spiritual and religious subjects much similar to the ‘tapovan’ system of ancient India.

Shyam Benegal in 1991 directed Antarnaad (The Inner Voice). The film was based upon the Swadhyay Parivar and its Swadhyay Movement. Shabhana Azmi and Kulbhushan Kharbanda played the lead roles in the film. Abir Bazaz in 2004 made a documentary film on the life and ideals of Dadaji, it was named Swadhyay.

Athavale died on 25th October, 2003 at Khatwadi in south Mumbai. He was 83 when he breathed his last. He was cremated in the evening the day after at Tatvadnyaan Vidyapeeth, Ghodbunder, Thane. His popularity was testified by the presence of around 10,000 people. His ashes were later immersed at Ujjain, Pushkar, Haridwar, Kurukshetra, Gaya, Jagannath Puri, and lastly at Rameswaram.