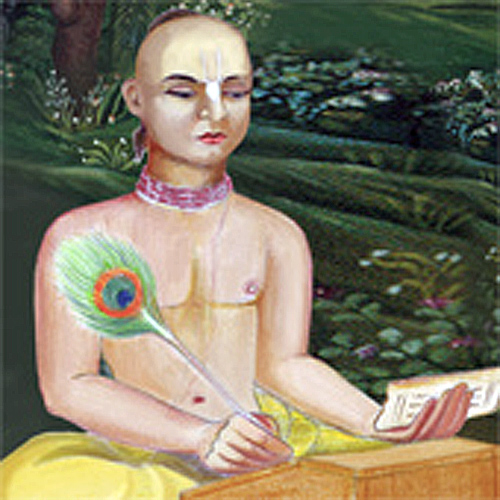 Govindadasa (1535–1613) was a Bengali  poet who was well known for his popular devotional songs on Lord Krishna. He composed songs on the true divine love between Radha and Krishna, and he is also known as Govinda Das Kaviraja. It is believed that he was the incarnation of one of the cowherd friends of Lord Krishna during the Dwaparaka Yuga.

Govindadasa is one of the leading poets of the Vaishnava movement.

Govindadasa is considered as a great saint, poet and a Krishna devotee, by the people even today, and his songs are regularly sung in the Vishnu Temples of West Bengal.

He was praised by the great kings and by the Krishna devotees for his efficiency in writing wonderful poems on Lord Krishna.