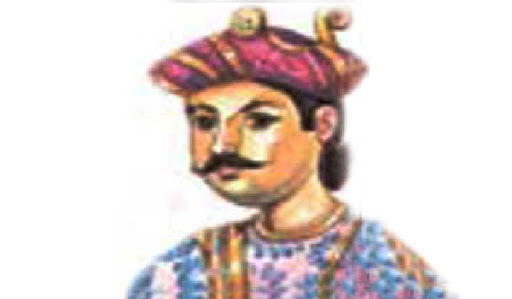 Kavi Bhushan (1613–1712) was a famous poet, who served in the court of the Maratha king Shivaji. He was a talented Sanskrit poet.

Bhushan was born in a village in the present-day Kanpur district of Uttar Pradesh. His brothers are also popular poets, and they served in the courts of various Indian Kings. Kavi Bhushan also served in the court of King Rudra Pratap of Chitrakoot, and he was considered as a “Precious Diamond” among the poets during his period.

Bhushan was well supported by Shivaji Maharaj, and due to that, Bhushan moved from Varanasi to Maratha Kingdom and joined in the court of King Shivaji. Bhushan was awarded costliest prizes, during the occasion of the grand coronation of Shivaji Maharaj.

Similar to the great King Shivaji, Kavi Bhushan was also a sincere devotee of Mata Tulja Bhavani, and he composed many songs and sang in front of the shrine of Mata Bhavani.

Let us worship the noble saint and be blessed.