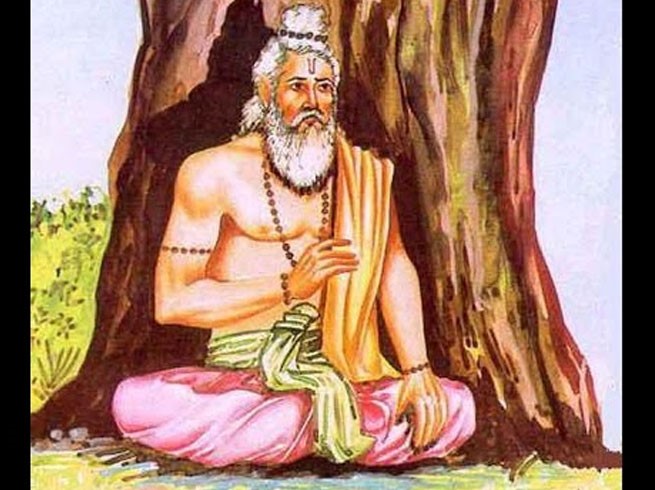 Aruni (8th century BC), is an ancient sage of Hinduism. He is mentioned in many devotional texts, and his philosophical teachings are considered famous similar to the teachings contained in the Brihadaranyaka Upanishad and Chandogya Upanishad.  He was a spiritual guru, and attracted students from all over the world. One of his disciples was the great sage Yajnavalkya, and his greatness and importance was mentioned in ancient texts. He contains good knowledge in vedas and ancient sacred texts.

He explained in detail to his disciples, questions related to soul and body, and the realization of the god from the inner soul, and also taught about the spiritual world, and the greatness of the divine gods.

He also clarified the doubts of his son Svetaketu, about the spiritual details, and made him to realize the god by asking him to do meditation on god.

His teachings were accepted and admired by the kings and the common people, and they were eagerly attended his lectures, in order to change themselves and to live in a better manner. He told the essence of bhakti and about worship of god, and insists the people to spend some of their valuable time in worshipping the god, in order to reduce their sufferings, and to attain all the prosperity in their life.

Let us worship the holy sage and be blessed.