In: Rishi Men, Saints
With: 0 Comments 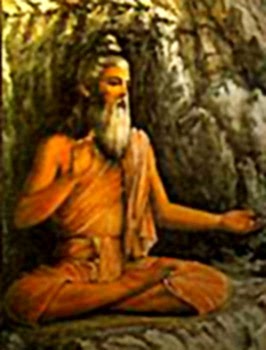 INTRODUCTION
Maitreya was a great sage and he was mentioned in the Mahabharata. It is believed that he was one of the Vedic Rishis and also contains the features of Lord Brahma. During the Dwapara Yuga, he visited Hastinapur and advised Duryodhana to treat the Pandavas in a proper manner, and to give the share of ruling the kingdom to Pandavas, since Duryodana drove the pandavas out from his kingdom, after winning in the dice game, and pandavas went on exile to the forest.
But, Duryodhana disrespected the sage, and due to that the sage cursed him to lose his life in the hands of Bhima during the kurukshetra war.  The curse which he gave was truly happened in case of Duryodana, and he died in the hands of Bheema during the battle.
Let us worship the great rishi and be blessed.
“OM SRI RISHI MAITREYARE NAMAHA”
“JAI SRI KRISHNA”
“JAI RUKMANI MATA”
WRITTEN BY
R.HARISHANKAR