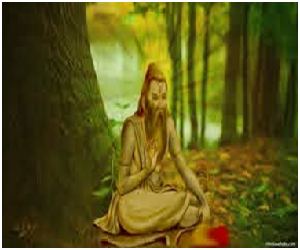 Namas was a great sage, and he was the descendant of Rishi Kashyapa. He was mentioned in the Holy Vedas, Puranas and in Ramayana and Mahabharata, and he is considered as a great Vishnu Devotee.

Namas gave much respect to the devotees of Lord Vishnu like Narada, Tumburu, Dhruva and Bhakta Prahalada. Once when Lord Indra was planning to fight with Prahalada, it was Rishi Namas, who interfered between them, and made Lord Indra to stop fighting with Prahalada, by telling the good qualities of Prahalada. It is believed that after the end of Dwapara Yuga, and after his death, due to his good karmas, he went to the abode of Lord Indra, the Indra Loka.