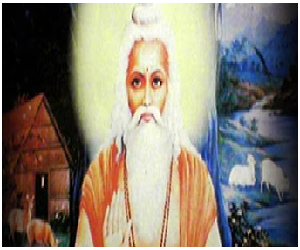 Prashastapada was an ancient sage. He wrote commentaries on various holy texts of Hinduism, and he was considered as a great scholar in the Brahma Sutras. He is believed to have lived before few thousand years. Prashastapada also had written books on bhakti, dharma and the ways to attain salvation. He is believed to be a great devotee of Lord Shiva. During his period, he also met various Sages and saints like Adishankara, Markandeya and Viswamitra and discussed with them about spiritual matters.

Prashastapada was widely praised by the ancient kings and scholars for his vast knowledge in Vedas, Shastras and Puranas. It is believed that he went to Bhadrikashramam, in order to get clarified some spiritual doubts with Sri Veda Vyasa. He has some disciples, and he used to tell his disciples to travel to various holy temples, in order to express their bhakti on the almighty. He lived a simple life and at his old age, he went to the Himalayas, performed severe penance on Lord Shiva, and attained Salvation.

Some of his teachings are as follows: