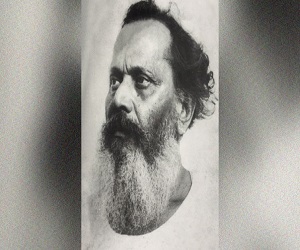 Kalikananda Abadhut (1910–1978) was a famous saint and a writer. He was born in Kolkata in an orthodox Bengali family. After his wife’s death, he became a saint, and stayed at Mahakaleshwar Jyotirlinga Temple in Ujjain. His personal travel experiences were published in the form of a book, which contains the details about his pilgrimage to Hinglaj.

Based on his travel experiences to the holy temples, a film is also realised during the year 1959. His other famous work was Uddharanpurer Gat, and Abadhuta also practised Yoga and Meditation, and he established the Rudrachandi Math in Chinsurah and lived there till his death.

He was an ardent devotee of Lord Shiva, and he used to perform divine discourses in the Mahakala Jyothirlinga Temple in Ujjain. Through his kindness and simplicity, he got large number of followers, and he properly guided them in the spiritual path.