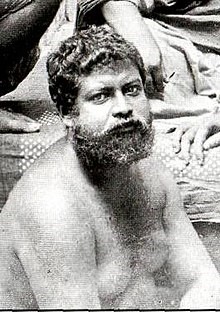 Swami Sadananda (1865-1911), also known as Gupta Maharaj was a direct disciple of Swami Vivekananda, and he was born in Kolkata. He was considered as one of the most important disciple among the several disciples of Swami Vivekananda. He has become a saint in the Baranagar Math, Kolkata and later joined in the Belur Math.  He also undertook lot of social welfare activities along with the disciples of Swami Vivekananda. He travelled throughout India and to foreign countries to spread the teachings of Sri Ramakrishna and Swami Vivekanda. He also took care of Sister Nivedita as her own brother. He had also given lot of lectures in India about the importance of Hinduism.

He spent his childhood near Varanasi. He got great proficiency in regional languages and also was specialized in ancient scriptures and other divine Hindu texts. For some time he worked in the Indian Railways. And after some time, he left his job, and joined with Swami Vivekananda and started his spiritual journey with him.

He served to the several disciples of Swami Vivekananda and took care of them during their illness, and showed motherly affection on them.  For a long period of time, he lived together with Swami Vivekananda, and served him properly.

Swami Sadananda died in the year 1911, in Kolkata.

He is considered as a holiest disciple of Sri Vivekananda and acted like his right hand, and fulfilled all of his wishes and served him in a pleasing manner. He considered Swami Vivekananda and Sri Ramakrishna as the avatars of god. He lived a pious life and done lot of welfare activities to the poor, and given a helping hand to the sick people at the ashram, and also provided food and clothes to the poor people, and considered all the human beings as the incarnations of Lord Rama.