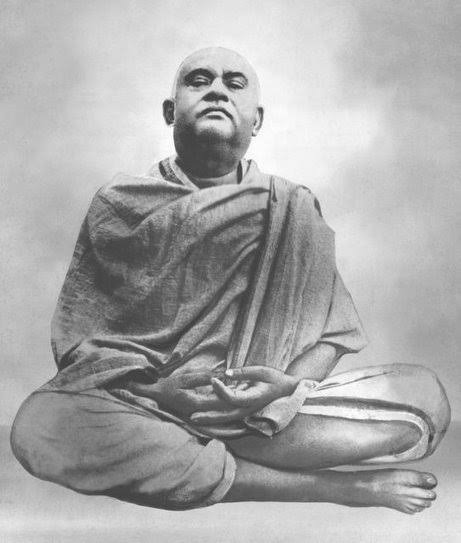 Vimalananda (1872–1908) was one of the main disciples of Swami Vivekananda. He was also called as Khagen Maharaj, and his birth name was Khagendranath Chatterjee. He published the great text Prabuddha Bharata. He was the chief of the Advaita Ashrama at Mayavati. And he founded the Ramakrishna Math at Ulsoor in Bangalore in 1906. Throughout his life, he concentrated his attention on spiritual matters, and read many holy books of saints and gods, and got good spiritual knowledge through that. He died in 1908 at the Mayavati Ashrama, and attained SALVATION due to the grace of Bhagavan Ramakrishna and Swami Vivekananda.

He was born in a Brahmin family in the year 1872. His relative Bodhananda, was also a disciple of Swami Vivekananda. He was interested in spirituality from his younger age, and spent his time by doing meditation and going to the temples, and got peace of mind through that.  He was good at studies and completed his graduation in a college.  Khagen read the teachings of Ramakrishna and got attracted with him. He visited the disciples of Ramakrishna in Baranagar Math, and also went to Jayrambati and met Mata Sarada Devi. And through her blessings, he started his spiritual journey. He also moved in a friendly manner with the disciples of Sri Ramakrishna, and he was regarded as a humble, soft spoken and a good natured saint by the people and also by his followers.

In 1897, he met Swami Vivekananda and became his disciple. He also constructed a small temple for Sri Ramakrishna and performed regular pujas and offered him, fruits, flowers and other food items as naivedyam (Holy Prasad). He also gave devotional lectures along with the disciples of Vivekananda, and spread the teachings of Sri Ramakrishna throughout india.

After suffering from fever, he died in the year 1908. Due to his death, all the disciples of Ramakrishna and Vivekananda were very much worried, and recollected the sweet memories which they have previously shared with him, and also they have praised about his great qualities such as showing kindness and affection among others. His main teachings covered the topics of spirituality, love, sincerity, respect and doing good things in others.

Swami Vimalananda had lived a disciplined life, by showing full of love and compassion over others. He obeyed the orders of Swami Vivekananda and discharged his duties in a proper manner. He had given many divine lectures in various parts of india, and lot of people were got attracted on hearing about his divine speech. Though, now physically he is not available in this world, his lectures and the details about the great saint can be studied through the life history books, which is available in the Ramakrishna Mutt. He also invoked the people in the bhakti path, and moved with them in a friendly manner, and prayed to the god for removing their difficulties and sorrows. He contains great knowledge, wisdom, courage and boldness.