In: Saints from north
With: 0 Comments 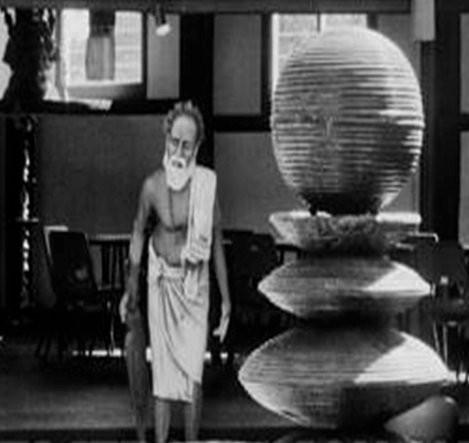 INTRODUCTION
Kudai Swamigal was a great siddha who was born to a pious family in Kumarakottam in the year 1897. His birth name was Kanthaiya Swamigal and initially done agricultural work in his farm lands. He lived in Srilanka and he was the disciple of Sri Mahadeva Swamigal. After the death of his wife, he got frustrated and become a saint. He lived a simple and a noble life. He used to carry an umbrella, in order to protect himself from the sun and from the rain and he used to wear only simple clothes and lived his life by taking alms. He used to remain in a Samadhi state for several hours and even for several days without taking food.
He contains great supernatural powers and considered as a great yogi.  Occasionally he used to visit some shops and stay there for some time, and before the end of the day almost the entire goods in the shops would be sold. He knows the past, present and future occurrences in the life of his devotees, and based on that, he would give suitable suggestions to them liking doing special puja in their homes, and to offer food to the poor people.
He rarely spoke and always chants god’s names. He has done many miracles in the life of his devotees like safeguarding a devotee from the snake bite, curing the leprosy of a devotee, protected his devotees from accidents, removed the illness and dullness of the devotees, and gave much physical and mental strength to them. He was highly respected by the devotees for his great spiritual powers.
He attained samadhi in the year 1978, and it is believed that he still blesses the devotees from his Samadhi.
Let us worship the great saint and be blessed.
“OM SRI KUDAI SWAMIGALE NAMAHA”
“OM NAMAH SHIVAYA”
“JAI MATA PARVATI”
WRITTEN BY
R.HARISHANKAR