In: Gurus, Saints from north
With: 0 Comments 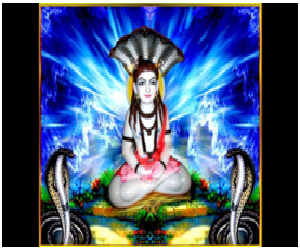 Sri Balnathji was born in a village in Gujarat before few hundred years ago, in a low caste community, and he is considered as an incarnation of Lord Shiva. His Samadhi shrine is situated in Junagarh at Rajasthan. He lived a very simple life by eating fruits and greens, and he had few disciples and large number of followers. Through their help, he spread the Shiva Bhakti amongst the people. He also conducted discourses on Shiva Puran, at his ashram, and clarified the doubts of the people.

During his period, he performed many miracles in the lives of the devotees, healed their diseases, and blessed them to get courage, boldness and wisdom. He also revealed his true form to some of his devotees. It is believed that he never married, and dedicated his life for rendering service to Lord Shiva.

During his period, low class people were not allowed to enter into the temples. But he showed his divinity to them, and hence, he was allowed to worship the god inside the temple. He was against caste discrimination and he treated all the people as alike.

Once he burnt the temple lamps using water, and another time, through his miraculous powers, he supplied huge quantities of food to the poor devotees of Lord Shiva from an empty vessel. He also removed the evil spirits from the body of the people, removed the diseases and black magic and acted as a guardian to them.

Some of his valuable teachings are as follows: